Friday 14th October 2022, 8:21am
Ricky Gervais says he was “genuinely shocked” that After Life was named Best Comedy at the National Television Awards.
The Netflix comedy, which also won the award in 2021, this time triumphed over Derry Girls, Not Going Out and Sex Education in the voting.
After the ceremony, Gervais posted a picture on his social media accounts to thank fans for supporting the show.


Elsewhere in the ceremony, as had been previously announced, Lenny Henry picked up the Special Recognition Award, honouring his “trailblazing career in UK television”. Among those congratulating Sir Lenny for his achievements as a writer, campaigner, comedian and presenter was Whoopi Goldberg, who said: “If you want to know what a superhero looks like, take a look at Sir Lenny Henry.”

The awards ceremony which took place last night (13th October) and was broadcast on ITV, delayed from September due to the death of The Queen, was presented by Joel Dommett.
The results are determined solely by a public vote. Other winners on the night included I’m A Celebrity picking up the Bruce Forsyth Entertainment Award, Gogglebox winning in the Factual Entertainment category and Emmerdale being selected in the Serial Drama category.
Ant & Dec, who couldn’t attend the ceremony as they had tested positive for covid, were voted the winners in the TV Presenter category for the 21st consecutive time.
The full results can be seen on nationaltvawards.com
Like Lenny Henry
Like Ricky Gervais
Join us in our mission to support and promote British comedy across the decades.
Get all the latest news and information in your inbox, with our range of email newsletters to meet all interests.
© 2022 British Comedy Guide

13 most iconic Emmy Awards moments of all time – USA TODAY 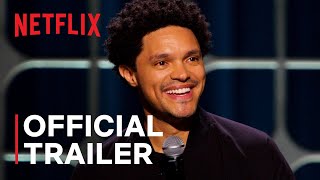