ABOUT SEAN PATTON: NUMBER ONE
· Today Peacock announced Sean Patton: Number One, a stand-up comedy event, at New Orleans legendary Tipitina’s, that takes audiences on a deep dive into the personal experiences that made Sean who he is today. The 90-minute special explores everything from his obsessive-compulsive disorder to his madhouse of an upbringing and the broken, yet unbreakable bonds of his family.
· Patton, born in New Orleans and based in Brooklyn, offers a hilarious and heart wrenching tapestry of his ridiculous, yet human psyche. Sean Patton: Number One serves as a reminder to viewers that there is beauty in human flaws and that laughter is the Number One way to persevere and accept the shortcomings that define who we are.
QUOTES
“Sean Patton is one of my favorite comedians to watch perform. He’s incredibly original, thoughtful, and doesn’t let fear get in the way of his truth. I’m very excited and thankful to work with Peacock in sharing this special with their subscribers, and I hope we can do more.” – Michael Che, Comedian and Executive producer
“This special is pure, uncut, me. Specifically, the humiliating underbelly of my being. I wear it all like a badge of honor. A one-man army of buffoonery. I couldn’t be more excited to share it with the world and I’m grateful to this whole team for helping me do it.” – Sean Patton, Comedian
“We are thrilled to work alongside Sean Patton and Michael Che to bring Number One to Peacock. We are so excited to have Sean and Michael join our slate of talented comedians, and can’t wait for everyone to experience their brilliance together on December 2nd.” – Katie Hockmeyer, EVP Late Night Programming
ABOUT THE SPECIAL
Cast: Sean Patton
Director: Eric Abrams
Executive Producers: Michael Che, Sean Patton, Samantha Murphy, Ian Adkins, Ryan Bitzer, Damion Greiman, Anthony Leo
Produced By: Matt Schuler, Samuel Macaluso, Rory Windhorst 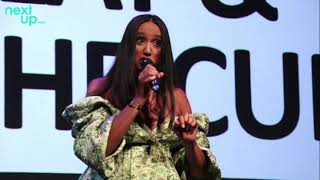 If you were a fan of Patriot Act and you cried when the show was cancelled in 2022, Hasan Minhaj invites you to its funeral—The ... Read More