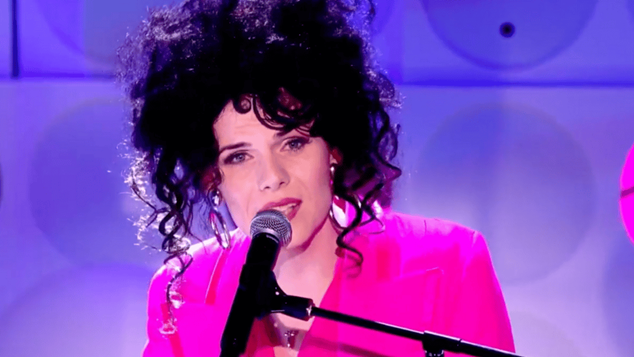 British cabaret performer and comedian Jordan Gray has experienced a sudden profile rise following a bold appearance on British television.
Broadcaster Channel 4 is currently celebrating their fortieth birthday and as part of their festivities they brought back Friday Night Live, a popular show from the 1980s. Perth based writer and comedian Ben Elton returned to the UK to host the one-night revival of his old show.
Jordan Gray appeared delivering a performance that got everyone talking. The transgender cabaret performer has just delivered an acclaimed season at the Edinburgh Festival with her show Is It a Bird?
Soon Gray will deliver a one-night appearance at one of London’s most famous theatres, The Palladium, making history as the first transgender performer to headline the venue.
For her appearance on Friday Night Live Gray appeared in a hot pink suit and sang a comical song Better Than You. The song’s lyrics gave the audience a lot of laughs.
At the climax of the performance Gray leaped up and stripped naked, before returning to the keyboard and bashing out a few notes using her penis.
The performance has been praised by many, but also set anti-transgender campaigners into conniptions.
Gray has subsequently confirmed that there was nothing spontaneous about the nudity, it was all planned out in advance.
The performer has also questioned why many people immediately needed the performance as being sexual, arguing that it was simply showing someone completely happy with their own body.
“It was rehearsed and was really important. I wanted to feel part of that lineage, but also, I’m transgender – I think that’s pretty much now obvious to everybody.
“It’s really nice that transgender people around the country suddenly don’t have to feel like their body is something that is just been consigned to a sort of secret part of the internet, surgery table or conversation in a pub.” Gray told Pink News.
OIP Staff
You can support our work by subscribing to our Patreon
or contributing to our GoFundMe campaign.

OUTinPerth is news website focusing on diversity in sexuality and gender. Established in 2002, OUTinPerth was a print magazine until 2019 when it became a fully digital publication.

OUTinPerth is created on the land of the Whadjuk people of the Noongar nation. We acknowledge Aboriginal and Torres Strait Islander people as the Traditional Custodians of this country and its waters, and pay our respect to Elders past and present.

OUTinPerth is owned by Speirins Media Pty Ltd. P.O. Box 69, Gosnells, 6990.
Help create OUTinPerth. We’re always looking for writers, researchers and creative people. Find out more here.
The publication of the name, photograph or likeness of any person within this this site in no way implies anything about their sexuality or gender identity.
Copyright on contributions to and ads published in OUTinPerth is retained by the author/advertiser respectively. Permission to reprint should be sought via the Editor.
The views of this publication are contained in editorials. Opinions expressed in columns or articles are those of the author/s and do not necessarily reflect those of the publisher.
Advertisers are advised that all advertising copy is their responsibility under the Trade Practices Act. The appearance of any advert/advertorial herein does not imply endorsement by OUTinPerth. 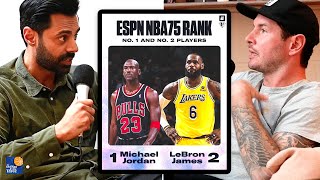 Not Michael Jordan, but Steve Kerr is the ‘Real Winner’ for Comedian Hasan Minhaj – The Sportsrush

Akash Murty|Wed Oct 12 2022Michael Jordan and Kobe Bryant had almost everything because of their competitiveness, but they never had what Steve Kerr has – ... Read More

Sign inJoin now, it's FREE!Canadian comedy icon Mike Bullard is coming to the Nickel City later this month. He performs at the Trevi at 7 p.m. ... Read More