Hi, what are you looking for?
Comedian, actor, and multifaceted entertainer Demetri Martin chatted about his upcoming show at The Paramount.
By
Published
Acclaimed comedian, actor, and multifaceted entertainer Demetri Martin chatted about his upcoming show at The Paramount.
On September 22, Martin will be headlining The Paramount in Huntington on Long Island as part of his “I Feel Funny Tour.” “I am looking forward to it, I haven’t been there in a while,” he said.
“I am really excited to be back out there,” he said. “As dark as the world feels these days and as crazy as things have been, doing a live show is still a real connection with people, and I think things are still happening. There is a feeling of excitement and gratefulness. I am grateful that I still get to do this and that I still get to do shows, and the crowds are happy to be out. I hope people can out and have a laugh and have a good time. We can all seem to appreciate that.”
Regarding his standup comedy inspirations (for his routine), he said, “I have been going through some version of a midlife crisis and a mid-career crisis. I think it has always been daydreaming for me, and escapism. At the same time, the world changes. I’ve seen so many comics doing podcasts and political things but those don’t fit for me. I am still kind of a daydreamer.”
For young and aspiring comedians, he said, “I’m a writer-based comic, it really comes from writing down things. Everybody is different. If you can just write as much as you can and not worry about how good or bad it is at first, get those ideas down, and in the long run that will be very helpful.”
His career-defining moments include being on “The Daily Show” (when Jon Stewart was on) and being a writer at “Conan.” “Also, doing the comedy festivals overseas in the U.K., Scotland and Australia has helped me see things differently,” he said.
On the title of the current chapter of his life, he said, “Still Trying to Figure Things Out.”
If he were to have any superpower, he revealed that it would be “the ability to truly change the perception of my own perception of things, and then to do it to other people too.”
For Martin, the word success is a change of state. “Success is a forever-moving goal post, where you are constantly almost scored a goal but they pulled it back, just to keep moving with it,” he explained.
To learn more about Demetri Martin, follow him on Instagram and visit his official homepage.
Markos Papadatos is Digital Journal’s Editor-at-Large for Music News. Papadatos is a Greek-American journalist and educator that has authored over 18,000 original articles over the past 16 years. He has interviewed some of the biggest names in music, entertainment, lifestyle, magic, and sports. He is a six-time consecutive “Best of Long Island” winner, and in the past three years, he was honored as the “Best Long Island Personality” in Arts & Entertainment, an honor that has gone to Billy Joel six times.
Only a fool would insist on fighting a war so obviously lost. Yet, that’s what’s happening.
As schools have become more digital, they’ve taken a somewhat backwards approach to cybersecurity.
Digital collaboration will be essential for us to make sufficient progress on our net-zero goals.
Amid soaring prices for lithium, a key component for electric car batteries, Tesla is evaluating the feasibility of building a refinery in Texas -…
COPYRIGHT © 1998 – 2022 DIGITAL JOURNAL INC. Sitemaps: XML / News . Digital Journal is not responsible for the content of external sites. Read more about our external linking.

Watch: Comedian Shraddha on what Indian parents are like when their daughters make tea at home – Scroll.in

If you’re familiar with Nicole Byer then you know she accentuates her words so much so that she could possibly pass off as a Valley ... Read More 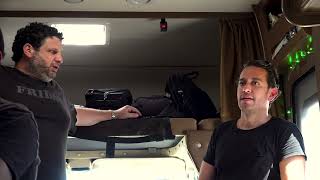 For many curious sci-fi fans, having the chance to investigate areas with purported high levels of alien activity, where the other-worldly beings can alter their ... Read More