Munya Chawawa creates satirical videos on issues such as the Royal family’s clumsy race relations and excessive wealth from imperial plunder
A British-Zimbabwean comedian who has mocked the Royal family’s colonial connections has been cast as Charles in a new musical about Prince Andrew.
Munya Chawawa has become an online celebrity with short satirical videos joking about issues such as the Royal family’s clumsy race relations and excessive wealth from imperial plunder, and a documentary examining racism in Britain.
The comedian has been picked to play Charles in Channel 4’s Prince Andrew: The Musical, which will also feature Margaret Thatcher played by a drag queen.
The show is the latest Channel 4 commission made under Ian Katz, chief content officer, whose tenure has recently seen the release of a documentary about “massive” penises.
Described as a show that will “let rip at an institution that would perhaps prefer us to forget about all this”, the new TV musical will take aim at the key relationships and controversies of Prince Andrew’s life, including musical numbers on his divorce from Sarah Ferguson and his 2019 Newsnight interview with Emily Maitlis.
Chawawa has previously inhabited the role of Prince Charles in his sketches, in which the royal figure is made the butt of jokes about the Royal Family taking diamonds and gold from Africa, and delivers a punchline about slave ownership.
The sketches also mock perceived racial clumsiness on the part of the royals, including a joke implying palace figures told Megan Markel to “go back to Africa”, and Prince William’s discomfort with visiting Jamaica.
Chawawa short videos posted on social media made him a celebrity, particularly during lockdown, and he has also made a Channel 4 documentary about Robert Mugabe’s rule of Zimbabwe, from which his family fled in the early 2000s.
He will star alongside comedy star Harry Enfield, who will play former Prime Minister Tony Blair, and celebrity drag queen Baga Chipz, who will take on the role of Thatcher.
Prince Andrew: The Musical, which was commissioned along with a string of programmes to celebrate the 40th anniversary of Channel 4, is described by Katz described as “irreverent, thought-provoking and hugely entertaining” which “no other broadcaster would air”.
The musical was written by Kieran Hodgson, who will also take the starring role. He said:  “The story of Prince Andrew is tragedy and farce rolled into one, so why not add ‘musical’ for good measure?
“We’ve pulled out all the stops, put every penny on screen and let rip at an institution that would perhaps prefer us to forget about all this.”
The hour-long show extravaganza will feature seven original musical numbers based on different controversies from the life of Prince Andrew and will also include solo pieces sung by the character of Charles.
Stu Mather, of the musical’s producer Hat Trick Productions, said that it would be a “hilarious musical”.
Channel 4 has been embroiled in a recent row with the Government after former culture secretary Nadine Dorries suggested that the broadcaster be privatised rather than remain as a subsidiary state broadcaster.
This followed long-running criticism that it was taking a partisan position in politics and was biased against the Conservative Party.
Katz defended Channel 4, calling its output a “precious part of our national cultural capital” and saying that “a hole in British life that would be left if it is sold off”.
Prime Minister Rishi Sunak reportedly has no plans to privatise Channel 4.
We rely on advertising to help fund our award-winning journalism.
We urge you to turn off your ad blocker for The Telegraph website so that you can continue to access our quality content in the future.
Thank you for your support.
Need help?
Visit our adblocking instructions page. 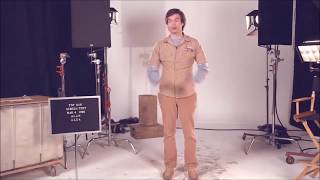 5 Comedians Who Reinvented Themselves (For Better Or Worse) – Cracked.com

"They're only movies," we said.Even Weezer is weighing in.Is there a young comedy superstar on the horizon?And we'll summarize it for you.Grab a Pepsi Blue ... Read More