Get more of Japan in translation. Subscribe to our newsletter for more of the Japan you don’t learn about in anime.
Need a preview? See our archives
Stand-up may not be the first thing that comes to mind when considering comedy in Japan. The country has its own time-honored humorous performance stylings: The much-beloved Manzai format, where a duo with set roles interact via jokes and anecdotes; Rakugo, where a singular performer regales the audience with humorous stories from the seiza position, using a fan and a cloth as props. (Since the rakugo performer cannot rise from this position, it’s more like sit-down comedy.) In the ubiquitous owarai comedy shows seen on TV, comedians bumble about, make fun of each other, and strike funny faces and poses. However, proper “stand-up” – with a single performer on stage, often talking directly to the audience using observational humor – hasn’t been a Japanese mainstay. But, comedian Yuki Nivez would like you to know, stand-up very much does exist in Japan.
Yuki is the creator of the comedy project “Not Just a Diversity Hire,” whose goal is to provide a stand-up experience geared towards women. Yuki originally envisioned the event as a one-off performance, but positive reactions from the community have seen it grow into something more. Now, NJaDH has its biggest show yet coming up in a little more than a week’s time.
“I planned it as a one-off special event for Women’s History month,” said Yuki in a recent interview with UJ. “But to my surprise, I received an overwhelming amount of positive feedback, requests for the next one, and offers to help. Since then, the show has grown itself with the support of a lot of people.”
The upcoming Tokyo show, set for September 30th at the Hypermix, even goes beyond stand-up; featuring a diverse line-up of four comedians (Yuki herself, Bobby Judo, Mx Terious, and Freddy Slash’em), it will also a panel discussion featuring people in creative industries. [Tickets are available HERE!] I sat down with headliner Yuki and opening act Bobby Judo to discuss their paths to comedy, what the scene is like in Japan, and what we can look forward to with Not Just a Diversity Hire.
I was born and raised in Japan, and had little to no knowledge or interest in standup comedy.
I think during the New year’s holiday in 2019, I came across Ali Wong’s Netflix specials, and was thunderstruck. Not only was it hilarious and cracked me up for 2 hours straight, but it was also exhilarating to see a woman taking down common remarks that are said to women based on double standards like “If you sleep with a man right away you don’t respect yourself.”

Yuki started it because, at the time, there were no other shows in Tokyo that were catering to that specific niche, and she was noticing that many of her female friends and fans felt like the broader shows, which were supposed to be “for everyone” could actually feel like they were “for men” at the best and misogynistic at the worst. It’s not like there are any comedy venues in Tokyo that are actively anti-women, but comedy showrunners aren’t (and shouldn’t be) responsible for the individual jokes performed by each comedian, so you never know what you’re going to hear.
I can absolutely understand the feelings of a woman who does NOT want her night out at a fun comedy show to include having to sit through a male comedian’s ill-advised bit about train gropers, or pedophilia, or worse.
I’ve also seen how sometimes my own comedy can be grounded in things that are widely accepted as social norms and hinged on things like ageism, sexism, lookism… attitudes that affect women much more severely during daily life, and I get how someone wouldn’t enjoy being confronted with those same attitudes, ones that carry real consequences and cause real harm to them, in a way that makes light of them, normalizes them, or espouses them.
I’m excited for the show on the 30th because it’s the first time I’ll get to be a part of a show that has ALWAYS been a rampant success. The audience always loves it, the comedians always feel great about it, and it creates one more option for audience representation in an already vibrant comedy scene, making the community as a whole more inclusive.

I’ll be doing a longer set about the real questions that I wrestle with as a parent of mixed-race daughters, as I watch my home country and my adopted country both fail miserably at women’s rights. That sounds hilarious, right?
The show is open for anyone to attend, but we especially hope to reach women who don’t yet know that there’s a space where they can enjoy comedy that’s performed with their enjoyment in mind.
So, there you have it – English-language, woman-oriented stand-up flourishing amidst the comedic ecosystem of Japan. If that sounds appealing, and you’re in Tokyo, consider joining in on the 30th. I’ll be there for what will actually be my first-ever stand-up experience in Japan. See you there – and watch out for Yuki Nivez’s comedy career as it continues to develop!

Tickets for Not Just a Diversity Hire: Special Edition are available HERE.
View all posts by Noah Oskow
Subscribe to our newsletter and get a free Japan art download – perfect for lockscreens and desktops!
You will receive approximately one to two emails a week from Unseen Japan. Emails may contain promotional offers from companies that sell goods and services related to Japan. We will never sell your information to a third party without your consent. For details see our privacy policy.

Links on Unseen Japan may point to affiliate programs from which we earn a commission at no additional cost to you. For more information, read our privacy policy.
Copyright 2021, UJ Media Services. All Rights Reserved.
Thanks for reading UJ! Subscribe to our free newsletter for a weekly digest of our best work across platforms. Your support helps us spread the word about the Japan you don’t learn about in anime.
You will receive approximately one to two emails a week from Unseen Japan. Emails may contain promotional offers from companies that sell goods and services related to Japan. We will never sell your information to a third party without your consent. For details see our privacy policy.

“We Should Be Panicking, I Can’t Swim O”: Comedian Nonso Miraj Rants Bitterly About Flood in Lagos, Fans React – Legit.ng

“My Father Felt I Was a Waste of School Fees”: Comedian Soso the ‘Pure Water’ Girl Shares Her Journey to Fame – Legit.ng 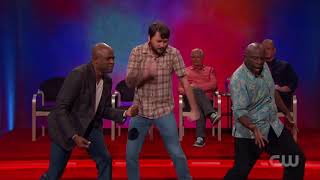 Whose Line Is It Anyway? The Best Comedians Who Have Been On The Show Ranked – Looper

Even without TikTok throwbacks bringing it back into relevance, "Whose Line Is It Anyway?" is a show that has not only lasted the test of ... Read More