By Jenna Anderson – September 8, 2022 12:44 am EDT
Comedian, actor, writer, and producer David A. Arnold has passed away at the age of 54. The news was broken in a statement from Arnold’s family, who revealed that he passed away on Wednesday, September 7th due to natural causes. Arnold was a writer and producer on Netflix‘s Fuller House, and also served as the showrunner on Nickelodeon’s That Girl Lay Lay. He also had several stand-up specials, including David A. Arnold: Fat Ballerina, and David A. Arnold: It Ain’t For the Weak.
“It is with great sadness that we confirm the untimely passing of our husband, father, brother and friend, David A. Arnold,” the Arnold family’s statement reads. “David passed away peacefully today in his home and doctors have ruled the cause of death due to natural causes. Please keep our family in prayer and respect our privacy at this time, as we are all shocked and devastated by this loss.”
“Our closely knit comedy community mourns the loss of one of the greatest to ever do it,” his best friend, Chris Spencer, echoed. “He was admired by his peers, respected by other veterans, and looked up to by the burgeoning comedians that he mentored. He will be deeply missed, especially by his comedy fraternity.”
Born on March 15, 1968 in Cleveland, Ohio, Arnold began performing in 1997. As a stand-up, he performed on programs like Def Comedy Jam, Jamie Foxx Presents Laffapalooza, and The Tonight Show with Jay Leno. He also appeared onscreen in projects like Meet the Browns, Entourage, and A Series of Unfortunate People. As a writer, Arnold wrote on projects such as Meet the Browns, The Rickey Smiley Show, Raising Whitley, and Tyler Perry’s House of Payne.
“David Arnold is someone who’s…it’s David A. Arnold,” Arnold told the WestSide Story Newspaper in 2020. “If you don’t put in the A you’re gonna get the white man that does all the soundtracks to James Bond, which I’m sure everybody will Google and be like ‘Who the hell is this?’, (laughs) he doesn’t look funny at all (laughs). But I’m a David A. Arnold. I’m a stand up comedian and television producer who probably has been making people laugh behind the scenes way longer than they even know. And now with my Netflix special, I’ve gotten a chance to come out and put a face to my comedy and my style of comedy, so with that and with the spark of my social media following, I got a chance to be seen. So I’m this dude who’s finally getting a chance for the world to see what I already I know, which is I’m funny.”
Our thoughts are with Arnold’s family, friends, and fans at this time.
of
Copyright 2022 ComicBook.com. All rights reserved.

Featured Sections Park Soo Hong's father revealed what made him hurt his own son. Park Soo Hong’s father has finally broken his silence over the ... Read More 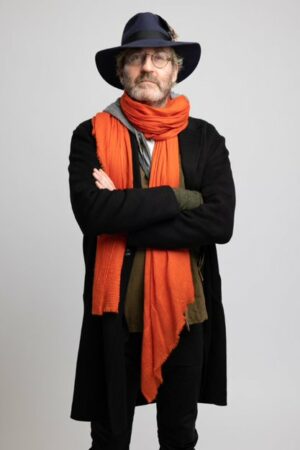 26 September 2022 By Tom Collins tom@TheCork.ieInspired by subjects such as the awkwardness of corporate language, his recent trip to bring comedy to Ukraine, his ... Read More