Four NY comedians to perform at Auburn brewery – The Citizen

Get local news delivered to your inbox!
The taproom at Prison City Brewing’s facility at 251 North St. in Auburn.
Comedians from Buffalo, Syracuse and Binghamton will perform at the next edition of an Auburn brewery’s comedy night.
Prison City Brewing’s Homebrewed Comedy series will welcome Rick Matthews, Kyle Turner, James Fedkiw and Mike Peters at 7 p.m. Thursday, Nov. 3. Seating begins at 6 p.m.
Matthews, of Buffalo, “uses the audience as his own personal therapy session, working out the issues that keep him up at night, all for their enjoyment,” according to a news release. He is the winner of the Buffalo’s Funniest Person contest in 2014 and recorded his debut album, “This Is Where I Lose You,” in 2018.
Fedkiw hosted the long-running open mic at George O’Dea’s Pub in Syracuse, and has performed across the state. Turner, of Buffalo, has opened for Dave Attell, Annie Lederman, Charlie Murphy and more.
Peters, the show’s host, is a contributor to Funny or Die who has performed in Syracuse and New York City, won the Utica Brews Laugh Contest and opened for Gilbert Gottfried.
Tickets to the show are $10 at the brewery, 251 North St., Auburn. A full dinner menu will be available.
For more information, visit prisoncitybrewing.com.

Get local news delivered to your inbox!
This week, families across the country will take on the challenging task of feeding and entertaining large numbers of guests who range from th…
Dr. Daniel Alexander has been named chief administrative officer at Auburn Community Hospital, the hospital announced in a news release.
Katherine M. Griffith
Janine A. Currier
Have you ever felt called to a cause? The compulsion to do something greater leaves many people seeking ways to do good in the world.

The taproom at Prison City Brewing’s facility at 251 North St. in Auburn.
Get up-to-the-minute news sent straight to your device.

Welcome, Login to your account.Recover your password.A password will be e-mailed to you. The Whistler NG - 247 Exclusive Stories and Breaking News in Government, ... Read More 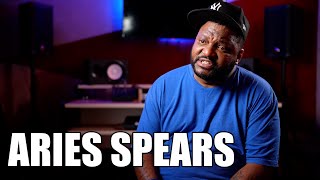