Impressionist Jon Culshaw and comic Milton Jones are on the bill at this year’s Happy Christmas Ipswich, hosted by Griff Rhys Jones.
The celebrity who lives in Suffolk, announced the line-up following a visit to The Treehouse in Ipswich, in aid of EACH.
His show Happy Christmas Ipswich will run for its third year, having previously ran in 2019 and 2021, featuring the likes of Al Murray, Lee Mack, Stephen Fry and Eddie Izzard.
Last year, the show raised £92,000 for the children’s charity, with Griff hoping to top that this year.
Griff Rhys Jones has urged people to buy tickets for this years ‘Happy Christmas Ipswich’. (Image: Charlotte Bond)
He said: “Raising money is always useful, but it also tells people that this is EACH.
“EACH is not just important, it is vital and it is such an important charitable act to help at this time of year because this is a service that any family in his region might suddenly find themselves needing.
“People are frightened of hospices, but they have to remember that this is a place which is about life”
Also performing at this year’s Christmas extravaganza, held at the Regent Theatre in Ipswich, will be comedians Rory McGrath, Andy Hamilton and Richard Herring, as well as comedy writer John Lloyd, famous for work on ‘Not the Nine O’Clock News’ and ‘Blackadder’.
Griff continued: “We’ve got a really great line-up.
“There are lots of funny people turning up, so it’ll be a very very funny evening and we have sold half the tickets already.”
Griff Rhys Jones (Image: Charlotte Bond)
Also at The Treehouse in Ipswich, was the Brown family, who received support from EACH in 2020 for 11-year-old Tom, when he went for care at the children’s hospice on Christmas Day.
Tom’s parents, Nicky and Tim, and brothers Luca and Ben, all stayed as a family at the hospice for 16 days before Tom’s passing.
Nicky said: “It was horrendous, devastating, it was the first time in my life that I realised, life really isn’t fair. There are no happy endings.”
Tim, Luca and Nicky were at The Treehouse to talk about their son, Tom, who passed away from Cancer at the start of last year (Image: Charlotte Bond)
Tim added: “We had spent 11 years learning hand to hand combat, and then suddenly, cancer pulls a gun out and there is nothing you can do.”
Tom, who was described as a happy, beautiful and resilient boy, passed away at The Treehouse, after receiving care for 16 days from the team at EACH.
Nicky said: “The Treehouse is an amazing place.
Griff Rhys Jones with Tim, Nicky and Luca at The Treehouse, Ipswich (Image: Charlotte Bond)
“The end of life care was outstanding. I just couldn’t fault it.”
Tickets are still available for the ‘Happy Christmas Ipswich’ show at the Regent Theatre on December, Monday 5.
Tickets can be found here.
This website and associated newspapers adhere to the Independent Press Standards Organisation’s Editors’ Code of Practice. If you have a complaint about the editorial content which relates to inaccuracy or intrusion, then please contact the editor here. If you are dissatisfied with the response provided you can contact IPSO here
© 2001-2022. This site is part of Newsquest’s audited local newspaper network. A Gannett Company. Newsquest Media Group Ltd, Loudwater Mill, Station Road, High Wycombe, Buckinghamshire. HP10 9TY. Registered in England & Wales | 01676637 |
Data returned from the Piano ‘meterActive/meterExpired’ callback event.
As a subscriber, you are shown 80% less display advertising when reading our articles.
Those ads you do see are predominantly from local businesses promoting local services.
These adverts enable local businesses to get in front of their target audience – the local community.
It is important that we continue to promote these adverts as our local businesses need as much support as possible during these challenging times.

Nigerian duo also ordered to clean court toilets for a monthTwo Nigerian comedians have been sentenced to 20 public lashes after ‘defaming’ a state governor ... Read More 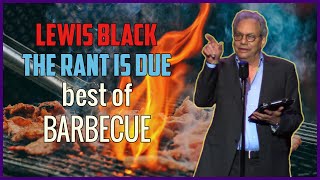 There are people who rant and rave and then there's notorious comedian Lewis Black. Black has made a name for himself as the preeminent ranter, ... Read More

Thanks for contacting us. We've received your submission. Katherine Ryan has claimed that a very prominent British TV personality is a “perpetrator of sexual assault.”The ... Read More