How Long Are "Love Is Blind" Contestants in Those Pods? Season 3 Cast Shares All – POPSUGAR 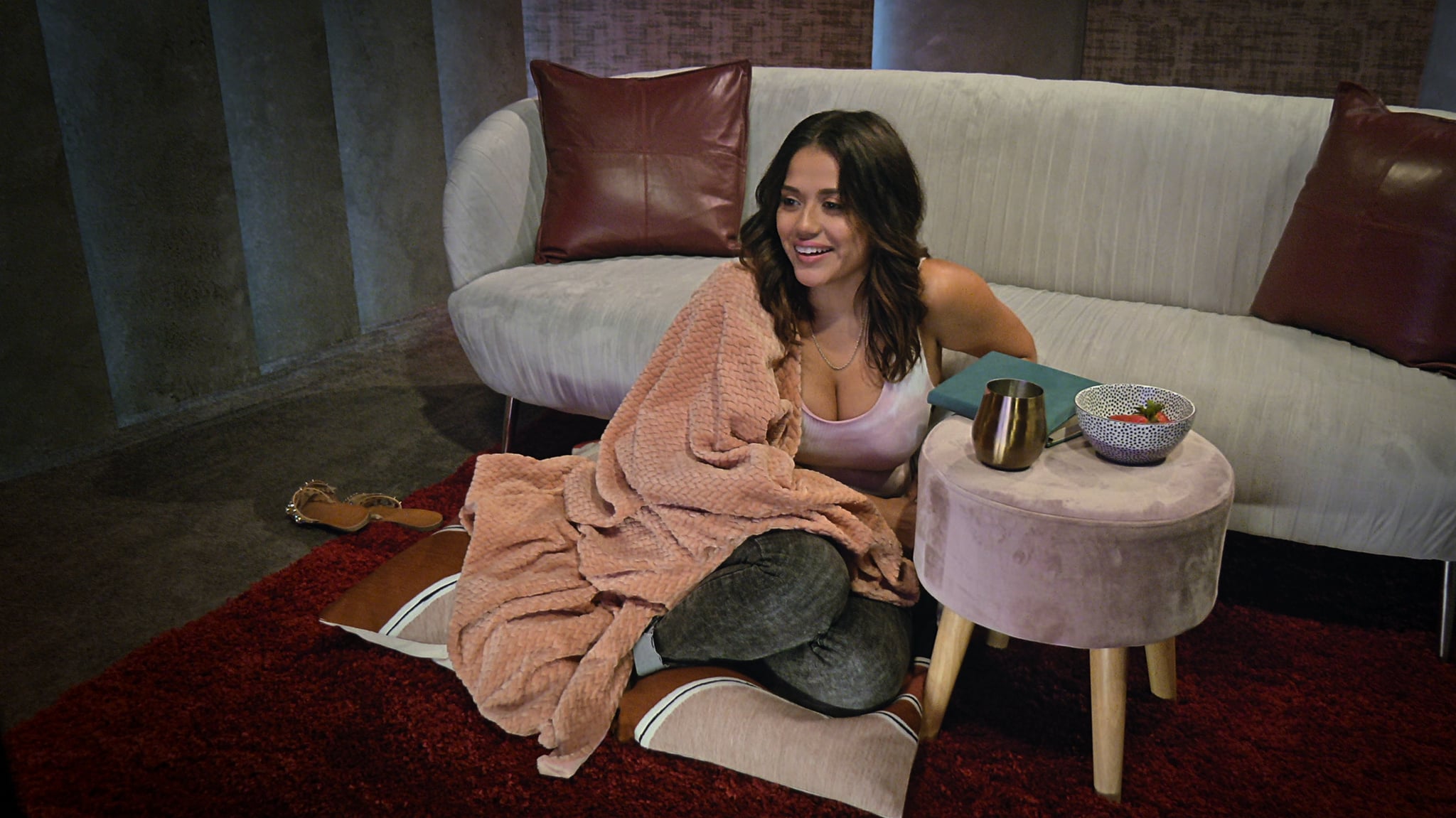 Netflix’s “Love Is Blind” is even more untraditional than most dating shows in the last decade. The premise of the reality TV social experiment is fairly simple in theory. Hopeful singles try to find love (not at first sight) in “pods” that hide their physical appearance so they can test if love is truly blind. If a contestant finds their person, the pair gets engaged and, at the altar, decides if they will really tie the knot and live happily ever after. Sounds easy, right?
While each “Love Is Blind” contestant starts their love journey dating in the pods, most of the show (at least what makes the final cut) follows the engaged couples in the real world. It means that only about two episodes are reserved for pod dates. In that short span, “Love Is Blind” contestants get to know each other before they start exchanging “I love yous” and marriage proposals. However, these all occur within a 30-60 minute timespan from a viewers’ standpoint — leaving many wondering how dating on “Love Is Blind” actually works — and how long it lasts before couples decide to spend the rest of their lives together.
If you’re curious about those fast-paced “Love Is Blind” pod dates, keep reading ahead for everything the season three cast told POPSUGAR.
According to Netflix’s Tudum, pod life only lasts ten days total, giving contestants roughly 20 dates’ worth of time to weed through their partner options and find a fiancé. Now, that may not sound like a lot of time, but season three’s Alexa Alfia — who gets engaged to Brennon Lemieux — tells POPSUGAR contestants are in their pods “for hours” asking hard relationship questions.
“I know I look insane, I know,” Alfia says of herself, “but it’s a lot of hours, a lot of conversations— obviously they can’t show all of it, [but] I wish they could.” She adds: “None of us just threw out the ‘I love yous.’ It was a lot that went into that. Very much a true love — like I really do love this other person on the other side. That wasn’t just like frivolously thrown about.”
Lemieux shares that he and Alfia knew they both loved each other “really early on” in the experiment — they’re the first season three couple to get engaged, which occurs in episode one. “We basically told each other like we’re not going to see anyone else,” he adds. “That’s why you see me ending it with a few other people and we just talked the remainder of the time to each other. We found out early how we felt about each other and how we were falling in love and we just wanted to continue that and progress that as much as we could until the end. Whether it was proposal, yes, or proposal, no.”
To her costars’ points, Nancy Rodriguez compares dating in the pods to an uninterrupted “four-hour date in a little room.” And while it may seem like couples move faster than the average getting to know someone, she says the cast’s willingness to be vulnerable helps them make love connections so quickly. “We were getting to know each other on a way deeper level than we would’ve ever known someone probably dating them six months to a year,” she says.
Like any reality TV show, a lot of editing takes place on “Love Is Blind.” So while many viewers may have liked to see more footage from the pods, season three cast member Bartiste Bowden says “Love Is Blind” may just be sparing viewers all the mayhem that happens behind the scenes.
“What you guys don’t see a lot of is the chaos in the early rounds of dating — because there’s 15 guys and 15 girls — and we all date each other on the same day,” Bowden explains. “So it’s like rapid-fire speed dating that’s going on, and that kind of continues for the first two or three days where it’s not a lot of time you’re spending with these girls. But towards the end, when you’re dwindling down to two or three girls, you have dates that can be between three and four hours long.”
“Love Is Blind” season three is currently streaming on Netflix.
by Yerin Kim 14 hours ago
by Njera Perkins 15 hours ago
by Chanel Vargas 16 hours ago
by Njera Perkins 18 hours ago
by Eden Arielle Gordon 19 hours ago
by Sarah Wasilak 21 hours ago
by Lindsay Kimble 21 hours ago
by Noelle Devoe 21 hours ago
want more?
Get the Daily Inside Scoop
Right in your inbox
Customize
Select the topics that interest you:
By signing up, I agree to the Terms and Privacy Policy and to receive emails from POPSUGAR.
Follow. Like. Love.
STAY IN TOUCH!
Get the daily inside scoop right in your inbox.
Sign up for our Celebrity & Entertainment newsletter.
By signing up, I agree to the Terms and Privacy Policy and to receive emails from POPSUGAR.
THANKS! YOU’RE NOW SUBSCRIBED
Customize your newsletter.
Please select the topics you’re interested in:
THANKS! YOU’RE NOW SUBSCRIBED
Follow. Like. Love.
Would you like to turn on POPSUGAR desktop notifications to get breaking news ASAP?
Great, Click the ‘Allow’ Button Above ☝️
Awesome, You’re All Set! 🎉

A roundup of every Netflix Original stand-up special that's come to Netflix around the world in 2022.by Kasey Moore @kasey__moore Published on March 24th, 2022, ... Read More