Having decided that she needed a fresh start, Lucy was persuaded by a friend to spend Christmas and the New Year on the Costa del Sol and literally within a matter of days, she found herself a job in Gibraltar and a place to live.
She is still in the same job but has lived in a number of different towns along the coast before finally settling on Estepona.
Lucy said “Whilst I enjoy working in Gibraltar, I don’t think I want to live there as it is a bit confining and I just love living in Spain and enjoying the way of life.”
When asked what made her decide that she wanted to become a comedian, Lucy explained that she had always been a bit of a joker at school and made people laugh but had some problems with self-confidence so never saw herself getting up in front of an audience.
That all changed however when she attended a one-off comedy event in Torremolinos before the pandemic and started chatting to British comedian Nik Coppin who was also running a special course to help people become stand-up comedians.
“The comedy course with Nik was absolutely fantastic. In just two days I went from a quivering anxious on-stage mess to a confident new stand-up at the final showcase. Some people even laughed!
“Nik and I became great friends and I suggested to him that there was a definite hunger for regular English comedy here on the coast and if he could organise the comedians, I would find venues and cover front of house.”
Their first event took place at the Louie Louie club in Estepona and was a sell out which encouraged them to keep going and they ran a total of four shows in 2019 before the pandemic brought everything to a halt.
Not daunted however, as soon as it was considered safe and comedians could travel over from the UK, it was ‘game on’ again and Lucy even joined in for number of shows.
By now they have expanded to take in different parts of the Costa del Sol and are holding shows every three months at three or four Spanish venues as well as Gibraltar.
There seems to be a real hunger for British comedy in Gibraltar as apart from their regular shows, the Rock has welcomed Alan Carr, Jimmy Carr, Russell Kane and Sarah Millican and Lucy went to all of the shows not only to have a laugh but to study the comedian’s different techniques.
As she has become more confident, she has travelled back to the UK to take part in stand-up shows and plans to take part in the Brighton and Edinburgh fringe next year.
“My comedy is based on my life, it’s rather self-deprecating but not in a sad way and so far, it has been well-received and because the audience at the shows tend to return regularly, I’ve not had to cope with any heckling although I have a few put downs ready just in case.”
Although Lucy won’t be performing in the December shows, she will be there on the door ready to meet and greet so visit https://www.facebook.com/standupcomedyspain/ for details of the forthcoming shows.
Thank you for reading ‘Interview with aspiring Costa del Sol comedian Lucy Amans’ and remember that all articles produced by Euro Weekly News may be accessed free of charge.
Share this story
Subscribe to our Euro Weekly News alerts to get the latest stories into your inbox!
By signing up, you will create a Euro Weekly News account if you don’t already have one. Review our Privacy Policy for more information about our privacy practices.

Your email address will not be published. Required fields are marked *

Known as the PEOPLE’S PAPER, Euro Weekly News is the leading English language newspaper in Spain. And it’s FREE!
Covering the Costa del Sol, Costa Blanca, Almeria, Axarquia, Mallorca and beyond, EWN supports and inspires the individuals, neighbourhoods, and communities we serve, by delivering news with a social conscience. Whether it’s local news in Spain, UK news or international stories, we are proud to be the voice for the expat communities who now call Spain home.
With around half a million print readers a week and over 1.5 million web views per month, EWN has the biggest readership of any English language newspaper in Spain. The paper prints over 150 news stories a week with many hundreds more on the web – no one else even comes close.
Our publication has won numerous awards over the last 25 years including Best Free Newspaper of the Year (Premios AEEPP), Company of the Year (Costa del Sol Business Awards) and Collaboration with Foreigners honours (Mijas Town Hall). All of this comes at ZERO cost to our readers. All our print and online content always has been and always will be FREE OF CHARGE.
© 2022 EWN Media. No part of this website may be reproduced without written permission from the publishers. All rights reserved. Supported by SST.
Subscribe to our Euro Weekly News alerts to get the latest stories into your inbox!
By signing up, you will create a Euro Weekly News account if you don’t already have one. Review our Privacy Policy for more information about our privacy practices.
Download our media pack in either English or Spanish.

See the complete listWEATHER ALERTPublished: October 7, 2022, 11:29 AMLuenell is the self-proclaimed “Original Bad Girl of Comedy.” She may be small in stature, but she ... Read More 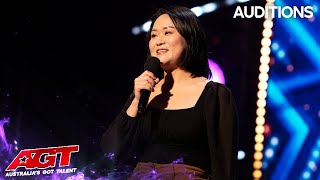 A Chinese-born comedian faced backlash from Chinese netizens after her stand-up comedy set on “Australia’s Got Talent” went viral. He Huang, 32, became an international ... Read More