Irish TikTok comedian Meditations for the Anxious Mind has shared his latest sketch – a brilliant breakdown of one of Dublin’s most prevalent fashion trends.
Anyone living in the capital will have noticed the explosion in numbers of teenagers and college students with skin fades on the back and sides in recent years. Nine times out of ten, this hairstyle is accompanied by a puffer jacket, normally from the North Face brand.
In the latest TikTok video on his channel, Meditations interviewed some passers-by adorning the attire in question, to get to the bottom of why this trend has taken over the capital city. The results were hilarious.
In his latest sketch, Meditations for the Anxious Mind attempts to get to the bottom of the skin fade – North Face combo which has become the outfit of choice for youngsters in Dublin.
Howling pic.twitter.com/qqYCYIeH07
— John Duncan (@Johntheduncan) November 23, 2022

In the TikTok video – part of a series dubbed “Frankie’s Cultural Observations” – Meditations meets with college students at Maynooth University to explain the fashion trend.
He notes that the combo is the “uniform of lads who take pride in their appearance but still lack the self confidence to stand out from the crowd”, before noting that 60% of male college students will end up with the same haircut due to their commitment to the style.
He makes an important note that those who partake in this trend “aren’t the same as the North Face weed dealers” – drawing a nervous laugh from one of his guests. He says that the skin fade combo lads can be identified by the hoodless puffer jacket.
His comments on individuality and the characteristics at play for the skin fade North Face combo are hilarious, and his participants must be commended for being willing to poke a bit of fun at themselves.
Based in Dublin, Meditations will be releasing a book in the coming months, and recently appeared on Ireland AM to promote the upcoming release.

We’ll be keeping an eye out for more of his sketches on TikTok, after his hilarious dissection of the youth of Dublin.

Processing your request…
You are subscribed now!
{{message}}
Something went wrong, please try again.
Copyright © 2022. All rights reserved. Developed by Square1 and powered by PublisherPlus.com

5 Favourite Things Of All Time With Comedian Andy Saunders – scenestr

Who's Mrs. Steve Harvey? Everything We Know About the Comedian's 3 Marriages – Henry Herald

Who's Mrs. Steve Harvey? Everything We Know About the Comedian's 3 Marriages  Henry Heraldsource Read More 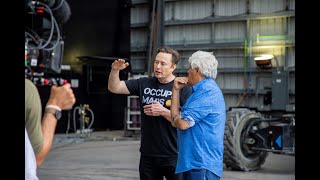