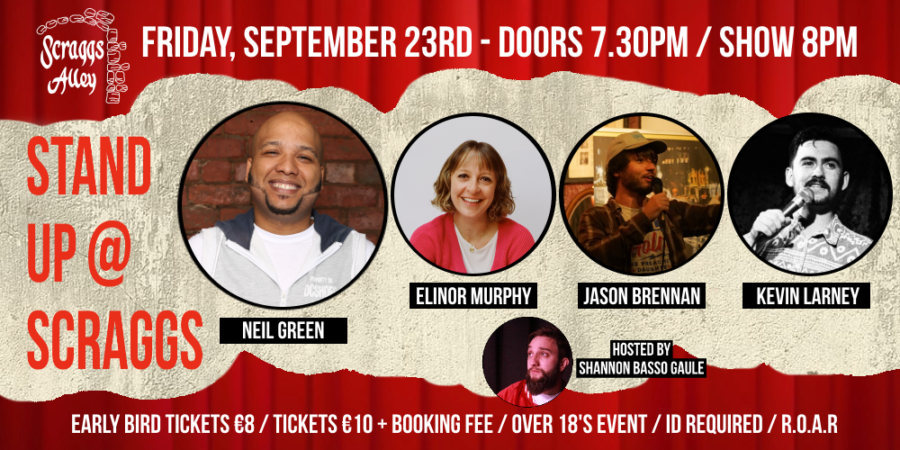 INTERNATIONALLY acclaimed comedians will take part in an hilarious night of stand-up in Scraggs this Friday.
Headliner is South African comedian Neil Green. Green has been a fixture on the comedy scene in his home country for over a decade and has multiple Comedy Central appearances.
His 2020 television special Last Boss was noted in GQ Magazine as one of the best of the year.
Carlow’s own Jason Brennan, who recently returned from an Edinburgh Fringe Festival run and is cohost of the Shite Talk podcast, will also feature on the bill, along with Kevin Larney and Elinor Murphy.
The over-18s event will be hosted by Shannon Basso Gaule. Tickets are €10. Book on eventbrite.com.