Marvel Studios is breaking into the world of holiday-themed specials. James Gunn’s Guardians of the Galaxy Holiday Special will premiere during the Christmas season, while Werewolf by Night will drop on Disney+ in October, just in time for Halloween.
The trailer, released during D23 Expo, centers on a group of people specializing in hunting monsters. But not all is as it seems, as a supernatural creature lurks within their ranks.
The special, which filmed earlier this year, is presented seemingly entirely in black-and-white and is meant to emulate old school monster movies. Fans might be wondering, though, just how frightening Werewolf by Night will end up being.
During today’s Marvel Studios presentation at D23 Expo, not only was a trailer for the MCU’s upcoming Halloween Special, Werewolf by Night, was shown but Disney also released a synopsis. Additionally, Kevin Feige was on-hand to offer the following description of the special’s tone, via TheoriesByT on Twitter: “It’s scary but fun scary.”
Marvel’s own Ryan Penagos (AgentM on Twitter) offered a bit more detail:
Bernal wants to share things but wants to keep surprises. “It’s a little darker, a little scarier. but still fun” – Feige on Werewolf by Night
Check out the full synopsis from the official Disney+ site below:
“On a dark and somber night, a secret cabal of monster hunters emerge from the shadows and gather at the foreboding Bloodstone Temple following the death of their leader. In a strange and macabre memorial to the leader’s life, the attendees are thrust into a mysterious and deadly competition for a powerful relic—a hunt that will ultimately bring them face to face with a dangerous monster.“
Disney+ has also listed Werewolf by Night under the genre of comedy.
Judging by the trailer, it does seem as though Werewolf by Night will bring the thrills and chills normally associated with a Halloween special. It does, however, have a definite veneer of camp and cheesiness applied to it.
This will probably end up being to the special’s benefit, as MCU properties almost always fall on the fun end of spectrum. Given that Werewolf is also tired to the MCU, it would be out of the ordinary to go full-on horror, as this could always end up alienating viewers who don’t care for scary content.
Even though Werewolf by Night is intended to mimic the classic monster movies of yesteryear, modern day visual FX seem to be very much in-place. This can be glimpsed when Man-Thing is shown in the trailer. The character looks to be fully CG and not merely an actor in a rubber suit.
Marvel Studios’ Werewolf by Night will creep its way onto Disney+ on October 7.
Copyright © 2020 The Direct Media Group LLC. All rights reserved. 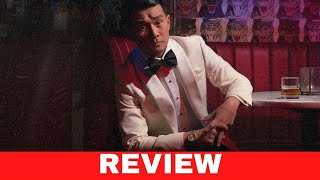 Mo review – it is impossible not to become instantly invested in this warm, moving comedy – The Guardian

Meta has announced a Just For Laughs comedy special for the metaverse that will stream in VR, offering an immersive way to experience the event.Meta ... Read More