Here’s getting to know stand-up comedians and content creators from the country, who excel in comedy, tickling our funny bones with their Hindi act.
Clean comedy: Amit Tandon
Amit Tandon is known for clean comedy in Hindi. Often taking his wife as his muse in his sketches, Amit has always been presenting the language on a global platform. So much so that after the success of his first show in the US in 2017, many organisers were open to having Hindi stand-up comedy.
Hindi meets Urdu: Zakir Khan 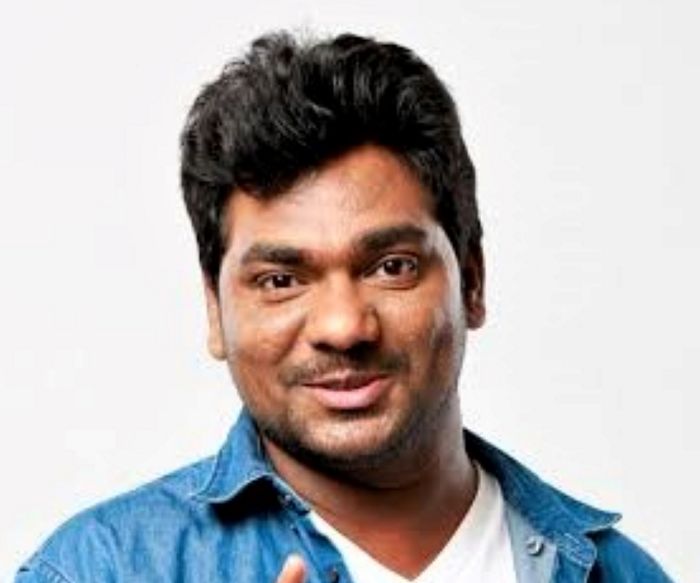 It takes courage and determination to do comedy in Hindi in front of an English-speaking crowd and be successful as well. And Zakir Khan does it with ease. His Urdu-laced Hindi is smooth and effortless. He has epitomised the phrase sakhtlaunda.
Relatable dialogues: Prashasti Singh

Prashasti Singh does not just do comedy in Hindi but writes her scripts in Hindi, making them relatable to her audience. She has also appeared in Hindi shows like Hum Do Teen Chaar.
Insanely funny: Prajakta Koli

Prajakta Koli is known as Mostly Insane, thanks to her Instagram handle. With most of the content in Hindi, she likes to keep it simple. People relate to her content because she keeps it real.
Command over Hindi: Mallika Dua

With her typical Hindi or we can say her Delhi style, Mallika Dua can sure make people laugh. The daughter of one of the top journalists, late Vinod Dua, there is no doubt about where her command over the language comes from.
The pioneer: Bhuvan Bam

Instagram is filled with monologues or rant videos in Hindi nowadays but it was Bhuvan Bam who started making those funny videos in Hindi, when there was no concept of stand-up comedy. His Hindi commentary on celebrity weddings or any special occasions has been going viral and for a good reason. — tms
Hindi words in Oxford Dictionary
There are many Hindi words that have been added to the Oxford Dictionary. Here’s a list of a few of them.
Jugaad: The Oxford Dictionary describes the word as “a flexible approach to problem-solving that uses limited resources in an innovative way”.
Dadagiri: The Oxford dictionary translates the meaning of this word to “the act of using strength and power to frighten or hurt weaker people.”
Jungle: This is one of the very few first words to be picked up from India by the Oxford dictionary. The word originated from Sanskrit and came to the English language via Hindi.
Chamcha: It has been described by the dictionary as “a person who tries too hard to please somebody, especially somebody who is important”.
Chakka Jam: The dictionary describes the word as “a protest in which people block a road or cause a traffic jam.”
Didi: Oxford describes it as simple as it gets – “older female cousin”.
Achcha: The dictionary describes the word as “used to show that the speaker agrees with, accepts, understands, etc. something.”
Timepass: To all those who thought it was an actual English word, you’re wrong! There wasn’t any such English word in the dictionary until 2017. The dictionary describes the word as “the action of spending time doing something, especially something that has no aim or is not very useful”.
A –
A +
SUBSCRIBE TO OUR NEWSLETTER
The two were found hanging from a tree
AAP chief spokesperson Malwinder Singh Kang, in a video mess…
The police officer had issued a traffic notice to a car driv…

Modi to hold bilaterals with Presidents of Russia, Iran and …
View All

The Tribune, now published from Chandigarh, started publication on February 2, 1881, in Lahore (now in Pakistan). It was started by Sardar Dyal Singh Majithia, a public-spirited philanthropist, and is run by a trust comprising four eminent persons as trustees.
The Tribune, the largest selling English daily in North India, publishes news and views without any bias or prejudice of any kind. Restraint and moderation, rather than agitational language and partisanship, are the hallmarks of the paper. It is an independent newspaper in the real sense of the term.
The Tribune has two sister publications, Punjabi Tribune (in Punjabi) and Dainik Tribune (in Hindi).
Remembering Sardar Dyal Singh Majithia
Designed and Developed by: Grazitti Interactive

Who is the Most Popular Comedian in North Carolina? – Foxy 99

There’s no doubt that North Carolina loves comedy, but who is the most popular comedian around here?Thanks to our friends at Shane Co., we have ... Read More

One of the “Top 10 Comedians to Watch” Taylor Tomlinson joins Things to do with Theo for her upcoming show in Mobile on October 15th  WKRG ... Read More

Famous Nigerian comedian, Bovi Ugboma simply known as Bovi, in his effort to give back to society has renovated the primary school he attended, the ... Read More