Today's e-Edition
Get Morning Report and other email newsletters

Get Morning Report and other email newsletters
Today's e-Edition
Trending:
While accepting an award named for Robin Williams, Melissa McCarthy recalled Wednesday how the late comedic legend’s comic performances in film and TV inspired her, as a farm girl growing up in rural Illinois, to know “it’s OK to be different, it’s OK to be silly.”
The Robin Williams Legacy of Laughter award for McCarthy came from Bring Change To Mind (BC2M), the San Francisco-based mental health nonprofit co-founded by Glenn Close. At the organization’s gala fundraiser at Bimbo’s 365 Club Wednesday night, bookended by performances by comedian Jay Pharaoh and music icon Alanis Morissette, McCarthy, as well as Williams’ son, Zak Williams, reflected on the power of humor to delve into the human soul, break down peoples’ defenses and spur difficult conversations about mental health struggles.
“No one in this room, or no one in this world, is not affected by the shame or stigma of mental (illness), either for ourselves or people we love or both,” said McCarthy, the Oscar-nominated star of “Bridesmaids” and “Can You Ever Forgive Me?” at the Revels and Revelations benefit. “Listening to so many people here, who are breaking the silence and speaking the truth, is beyond inspiring.”
“I don’t know that I can really put into words what it means to be in the same hemisphere as Robin Williams,” continued McCarthy, speaking about the Oscar-winning star of “Mrs. Doubtfire,” Good Morning, Vietnam” and “Good Will Hunting,” who died by suicide in 2014. “The power of how he made people laugh has such a meaningful effect on the whole world.”
Close co-founded Bring Change to Mind in 2010 to end stigma and discrimination surrounding mental illness. The screen legend said Wednesday she was inspired to start the organization by the strength of her sister, Jessie Close, and her nephew, Calen Pick, who ended the silence in their family as they each sought help for their respective conditions. Jessie Close was diagnosed at age 50 with bipolar disorder, while Pick was diagnosed with schizoaffective disorder, a condition that exhibits symptoms of both schizophrenia and a mood disorder.
“In a world largely mute about mental illness, we decided that our slogan (for BC2M) would be, ‘Start the conversation,” Close said.
Much of BC2M’s work focuses on its High School Program, executive director Pamela Harrington said in an earlier interview. BC2M provides evidence-based training and funding to student-led clubs in high schools that allow teens to promote mental health in a way that is relevant to them and to their peers. Since its launch in the fall 2015, the high school initiative has expanded to include clubs in more than 450  schools, with 12,000 student members across the Bay Area, Southern California, Arizona, Indiana, the Northeast and New York City’s Tri-State area.
Close dedicated the gala to the students, some of whom were present Wednesday. “I’m moved to the core by members of the high school clubs,” Close said. During COVID-19 lockdowns, Close said she participated in national Zoom meetings with the students.
“It was incredibly inspiring,” Close said.  “These kids are changing their families, their schools and their communities with their audacity and compassion.”
In an interview before the program, Close said she believed that the stigma-busting work of organizations like BC2M has had an impact on how people talk about mental illness in the United States. But she said more work needs to be done, for example by identifying the genetic components of certain conditions and getting more people working in mental health care professions.
Earlier in the evening, McCarthy also reflected some more on the role that comedians play in today’s society. She acknowledged that comedians have to walk some very fine lines in the era of so-called cancel culture. On one hand, comedians are pilloried online if they resort to humor that’s considered offensive or that stereotypes certain groups. McCarthy acknowledged all the “noise” and “anger” roiling around in the national discourse.
On the other hand, McCarthy agreed that comedy shouldn’t avoid hot-button topics, because that potentially increases the silence and stigma around sensitive issues. “Sometimes you have to show the bad behavior to poke fun at it,” McCarthy said, adding, “I think you have to poke the bear a little bit.”
With her movies and other projects, McCarthy said she aims to give people “an hour and a half” respite from the “noise,” when audiences from different ends of the social and political spectrum can forget their troubles and enjoy a “collective moment of joy.”
“I can’t clean up our oceans, I can’t find a new vaccine,” McCarthy said. “If I can make you laugh for an hour and a half, I’ll do my damndest.”
We invite you to use our commenting platform to engage in insightful conversations about issues in our community. We reserve the right at all times to remove any information or materials that are unlawful, threatening, abusive, libelous, defamatory, obscene, vulgar, pornographic, profane, indecent or otherwise objectionable to us, and to disclose any information necessary to satisfy the law, regulation, or government request. We might permanently block any user who abuses these conditions.
Get Morning Report and other email newsletters
Copyright © 2022 MediaNews Group

Chelsea Handler and Jo Koy Split After Less Than 1 Year of Dating: ‘Please Continue to Root for the Both of Us’ – Us Weekly

Top 5Stories It’s over. After less than a year of dating and almost fifteen years of friendship, Chelsea Handler and Jo Koy have called it ... Read More 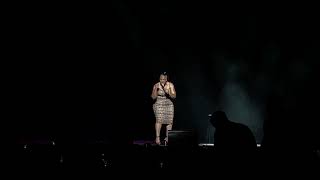 The growing beef between comedians Mo’Nique and D.L. Hughley is no laughing matter.During a performance in Detroit on Saturday, the “Almost Christmas” star and Oscar ... Read More