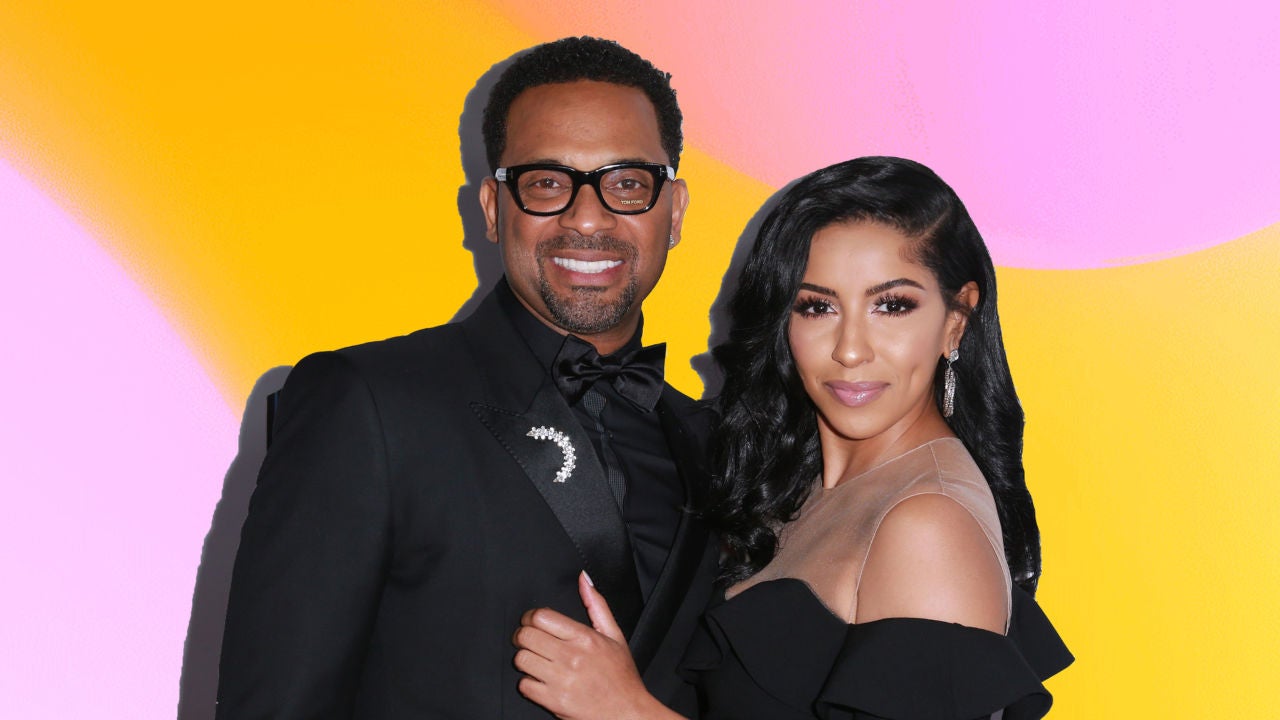 The BET Awards weren’t the only thing poppin’ this weekend…love was also in the air as comedian Mike Epps Marries his fiancée, OWN Network producer Kyra Robinson, who tied the knot in a private ceremony in Newport Beach, California. Celebrities like Snoop Dogg, T.I. and Tiny, and Doug E. Fresh flew out to attend the festivities.

T.I. was truly hustle-man last weekend, he attended the BET Awards and presented a posthumous award to Nipsey Hussle’s family before attending the wedding.

Yes, Mike Epps is a married man … again. But dude looks happy, so shout-out to Black-on-Black love. We’re glad the brother found a sister to make his house a happy home. The comedian/actor jumped the broom on Sunday with his his fiancée Kyra Robinson in a fancy celebration by the beach.

Epps and Robinson, a TV producer, made it legal in front of their respective families as well as celebrity friends on Sunday at the luxurious Pelican Hills Resort in Newport Beach, California.

This is marriage number two for Epps; he and his ex-wife, Mechelle Epps, finalized their divorce in September 2017. Kyra and Epps went public with their relationship a few months later, then proposing in May of 2018.

We met Mike and Kyra early in their relationship and can attest to the pure brand of love they share. Mike smiled wider and brighter than ever when introducing Kyra, we knew it was love. Noone can say anything bad about this, as Mike Epps marries the love of his life.

The Iyanla Fix My Life producer and Columbia College grad shared the news of their engagement on Instagram at the time. “I know I have angels because it feels so good to feel this good. Michael, there is no one better! ❤️,” she captioned the happy photo.

We haven’t seen any official wedding pictures yet, but several attendees shared stunted snapshots from the festivities, including TI and Tiny being “flewed-out” in a helicopter. Epps posed with some friends/fellow comedians looking sharp as ever.

If you’re on twitter, congratulate the happy couple and send a prayer that it lasts forever, we need more brothers and sisters to stay together.

A New Year With S&M – The Unofficial Expert

‘The Country Expert’ With Comedian Derrick Thompson – The Unofficial Expert

‘The Chicago Expert’ With Comedian Clark Jones – The Unofficial Expert