The new show, which will explore ageing with the added twist of the migrant experience, leads the ABC TV programming lineup for 2023
A reboot of the great Australian sitcom Mother and Son, starring comedians Denise Scott and Matt Okine as Maggie and Arthur Beare, leads the ABC TV programming lineup for 2023.
Almost three decades after the original show ended its successful 10-year run on the ABC, Okine has collaborated with the original writer, Geoffrey Atherden, to create a new program which explores ageing and changing family dynamics, with the added twist of the migrant experience brought by Okine, who is half-Ghanaian.
“Matt himself grew up with a white mother,” the ABC’s acting director, entertainment and specialist, Jennifer Collins, said. “I think that is what is really interesting about it; that they’re bringing it into 2023; and I think the warmth of it is just the perfect antidote to the last few years.”
“Having Matt and Denise at the heart of this show is a real gift to us. They’re much loved by ABC audiences and their relationship is so affectionate. It’s very heartfelt.”
The role of Maggie won the late actress Ruth Cracknell a swag of Logie awards including the Gold Logie in 1994; and Garry McDonald as Arthur won most outstanding actor in the same year.
While Okine’s version as yet has only eight 30-minute episodes, the original was so popular it ran for six seasons, between 1984 and 1994.
Sign up for the fun stuff with our rundown of must-reads, pop culture and tips for the weekend, every Saturday morning
Re-runs have proved so popular it’s been available on streaming service Stan in recent years.
“Younger audiences will come because they really love Matt – he’s got a huge following – but actually the older audience will find these characters relatable and have that nostalgia for the original series,” Collins said.
Collins also praised the second series of the award-winning drama The Newsreader, which is based in the blokey world of commercial television news in the 1980s. Series two traverses the Hoddle Street massacre, the stock market crash and the 1988 bicentenary, as well as the relationship between the ambitious reporter Dale Jennings (Sam Reid) and superstar newsreader Helen Norville (Anna Torv).
“The acting is exquisite; the writing is exquisite,” Collins said. “Viewers will not be disappointed.”
In factual television, Q&A will return to its original Monday night slot and the former 7.30 host Leigh Sales will be back on the ABC as the host of Australian Story in February. Sales will be the second host of the 23-year-old program.
Sign up to Guardian Australia's Morning Mail
Our Australian morning briefing email breaks down the key national and international stories of the day and why they matter
“In the past, obviously, we had the lovely Caroline Jones as the anchor to be able to set up those really illuminating stories,” Collins said. “What Leigh brings is that intelligence and also heart.”
New dramas include House of Gods, which will take audiences behind the walls of an imam’s family and the community he leads.
There is also a new dating show, Better Date Than Never, which follows a diverse group of dating novices looking for love.
The popular ABC News Breakfast sports host, Tony Armstrong, will host Great Australian Stuff, which explores the pioneering boomerang, Hills hoist and Victa lawnmower, one day cricket, Sherrin footballs and the humble meat pie.
The comedians Chas Licciardello, Kirsten Drysdale and Lawrence Leung will return in a new series called No Stupid Questions, while Costa Georgiadis will host a new children’s show, Gardening Australia Junior.

Also: no, the creator of Stripperella is not "rolling in his grave."What other (weird) things have they done?Everyone is George Lucas now.Usually it's funny when ... Read More 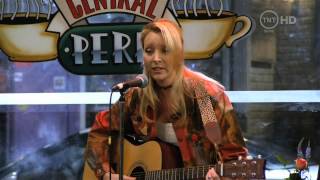