Louder is supported by its audience. When you purchase through links on our site, we may earn an affiliate commission. Here’s why you can trust us.
Nickelback recall the endlessly repeated Comedy Central trailer that spawned thousands of cruel jokes
Nickelback have recalled how a not particularly funny joke that aired endlessly on a TV trailer was responsible for the decades of trolling they have endured since.
There can’t be many rock fans who aren’t aware of the merciless mockery poured on the Canadian rock giants. But how it started is less widely known.
Speaking to the KFC Radio podcast, the band reveal that the origins of the cruel treatment go back to the early 2000s and a Comedy Central show called Tough Crowd With Colin Quinn. It was a panel show in which guest comedians discussed current affairs.
On one episode, the panel turned their attention to the debunked old trope that music can make people violent. Stand up comic and actor Brian Posehn drops the throwaway line: “No-one talks about the studies which show that bad music makes people violent. Like, Nickelback makes me wanna kill Nickelback. They’re horrible just trust me.”
In the trailer teasing the show, Comedy Central included a clip of Posehn’s quip.
Frontman Chad Kroeger tells KFC Radio: “Some comedian — I’m gonna have to go find the guy’s name so I can go bomb his house — makes this shitty crack about us. And he’s on Comedy Central. They took that, they put it in a commercial for that one show.
“And that played on Comedy Central for six months straight, this Nickelback joke. That starts this whole thing going. That’s where it really started, at that one moment. And then it started making its way into movies and we get all this stuff.”
Drummer Daniel Adair adds that the Nickelback jokes were so frequent that people decided they hated the band almost automatically.
Adair says: “It was like an expectation. Charlie Benante, the drummer for Anthrax, came to our show about five or six years ago. I talked to him after and he was like, ‘I thought I was supposed to hate Nickelback.’
“Like he didn’t even think about it, like it was pre-programmed. And he’s like, ‘I know all these songs, you guys are fucking great.’ It kind of shook him out of his haze of, ‘we just have to hate that band’.”
For the most part, Nickelback take the abuse in good humour, and they believe the tables may have turned of late. Adair says: “I think the great reset has happened.”
Kroeger adds: “We call it the softening on the band. Like people are putting the teeth away.”
You can watch Posehn’s original Nickelback joke in a clip from Tough Crowd With Colin Quinn below. It starts at around the 2.40 mark.
Stef wrote close to 5000 stories during his time as assistant online news editor and later as online news editor between 2014-2016. An accomplished reporter and journalist, Stef has written extensively for a number of UK newspapers and also played bass with UK rock favourites Logan. His favourite bands are Pixies and Clap Your Hands Say Yeah. Stef left the world of rock’n’roll news behind when he moved to his beloved Canada in 2016, but he started on his next 5000 stories in 2022.
Boob drums, dildo helmets, man-eating fireplaces… it looks like Tommy Lee’s new music video is here
Dimebag Darrell’s guitar tech says Pantera shows will honour the memory of Abbott brothers
There’s a Motley Crue box set coming and splatter vinyl freaks will be delighted

Thank you for signing up to Classic Rock. You will receive a verification email shortly.
There was a problem. Please refresh the page and try again.
Louder is part of Future plc, an international media group and leading digital publisher. Visit our corporate site (opens in new tab).
© Future Publishing Limited Quay House, The Ambury, Bath BA1 1UA. All rights reserved. England and Wales company registration number 2008885. 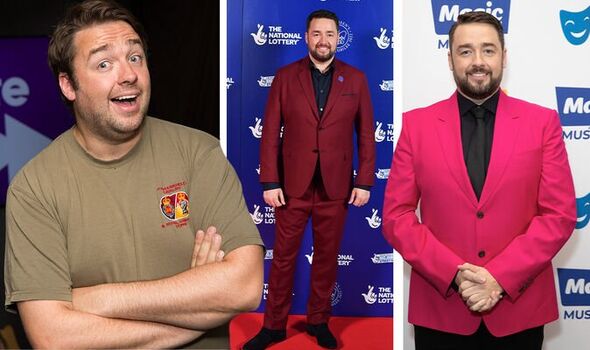 We use your sign-up to provide content in ways you've consented to and to improve our understanding of you. This may include adverts from us ... Read More

Subscribe to our Daily Headlines newsletter.KEARNEY — Comedian Victoria Jackson has a recipe for her stand-up routine: “I say funny things, and then people laugh.”The ... Read More