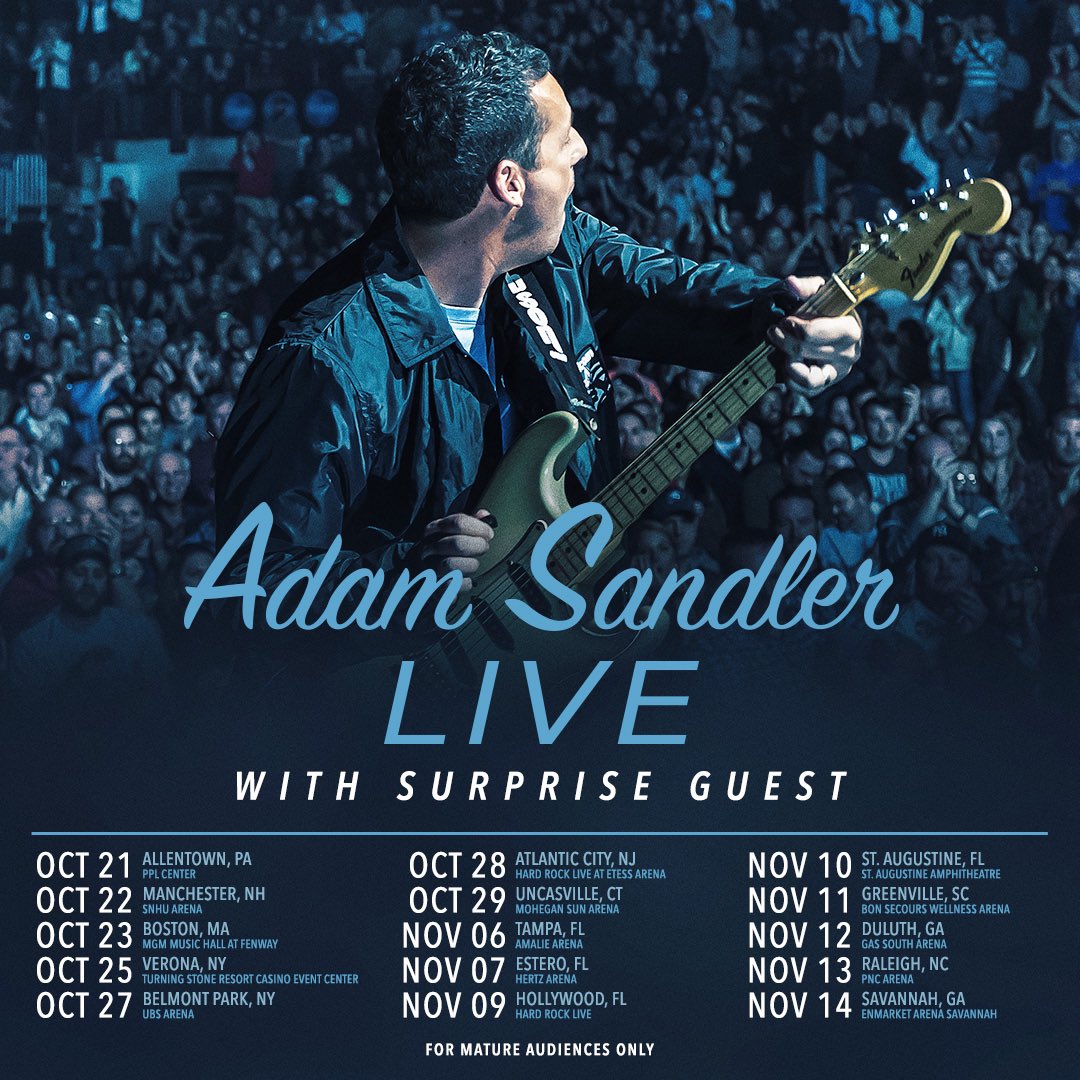 MANCHESTER, NH – Adam Sandler will take the big stage live – and is promising “a surprise guest” when he lands at the SNHU Arena on Oct. 22. (Maybe his dog?) For Sandler fans, this will be a delightful romp. There are just a few things about this I’d like to point out:
1) He’s not kicking off the tour in Manchester, the city that’s always loved him the way a mother loves a late-blooming slightly irritating son; the city where he cut his comedic teeth as a class clown at Central High School; the city that’s still got his back. No, he’s kicking his tour off one day earlier in … Allentown, Pa.
It’s right in the middle of nowhere in particular. Trust me. 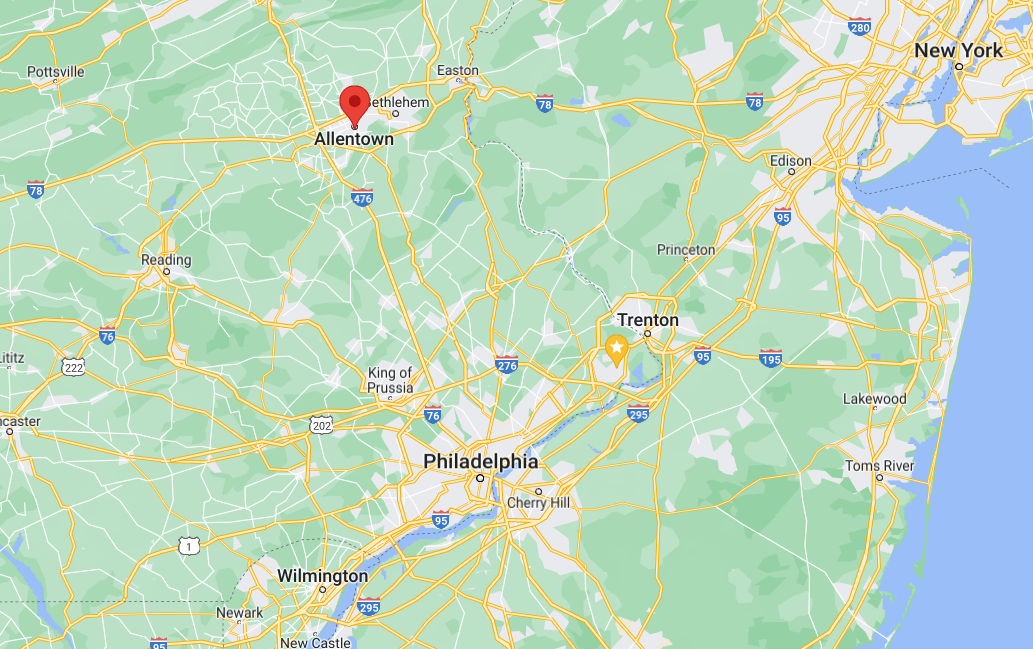 My hometown of Levittown, PA, is about an hour from Allentown. I can’t figure out why Allentown. Only that Billy Joel made it famous with his song by the same name and, little-known trivia – before Billy Joel settled on Allentown, the song was going to be about Levittown, only it was Levittown, New York (there were several Levittowns, which were post-war prefabricated suburban communities  – which at the time may have been just as economically depressed as Allentown, or any similar “boom town.”) Anyway, I think Allentown rolled off the tongue a little better.
But point is: Why is he not kicking off his Live Tour in Manchester? I need answers.
2) The advertisement on social media cautions that the show is “for mature audiences only.” I think that’s a typo. Knowing what I know about Sandler’s comedy, I would say it’s likely more for “immature audiences only.” It does not appear there is an age restriction, just a maturity level recommendation. You’ll have to check yourselves at the door. You know who you are.
3) Ticket prices are $39.50 – $199 and presale starts on the 15th. Looks like there will be VIP Lounge and VIP parking add-ons available, hence the big price tag on the higher range tix. For those of us who’ve already run into Adam at Red Arrow or a Central graduation, it’s likely you’ll pass on paying to be in close proximity to him.
4) The promo poster features Adam on guitar.  Although I was never impressed with his impromptu SNL songs, I didn’t mind his tribute to Chris Farley, featured in the “100% Fresh” Netflix comedy special from a year ago. It seems that this show is an extension of that, so if you enjoyed that – which was a bit of stand-up, music, and hijinks, then you’ll likely love Adam Sandler Live. Below is the official trailer from his Netflix special.

From the SNUU promo:
Adam Sandler will be bringing his unique brand of comedy and song back to North America this Fall starting October 21 in Allentown, Pennsylvania. The 15-date fall outing includes stops in Manchester, Boston, Belmont Park, Tampa and more.
Tickets are on sale to the general public starting Friday, September 16 at 10 a.m.
A successful actor, writer, producer, and musician, Sandler has also performed on stage to live audiences on a sold-out tour across the U.S. and Canada.  In 2018, 100 % Fresh was released on Netflix which was Sandler’s first comedy special in 20 years and filmed during his last concert tour. In conjunction with Netflix, Warner Bros. Records released the audio companion to Sandler’s critically acclaimed Netflix special.
Beyond his beloved standup, Sandler’s films have grossed over $3 billion worldwide and his films on Netflix have been some of the streamer’s most successful.  Sandler’s recent film HUSTLE was a critical and audience favorite.

By Denise Petski Senior Managing EditorEXCLUSIVE: Christina P. is returning to Netflix with her third comedy special for the streamer. The stand-up comedian and podcaster ... Read More

The Unexpected Inspiration Behind The Title Of T.J. Miller's Comedy Special – Looper

T.J. Miller is back with a brand new stand-up special. Though Miller is most well-known for his appearances in franchises like "Deadpool" and the television ... Read More