Steve-O has punished his body for much of the past three decades. He feels pretty good, though.
Steve-O was the celeb contestant in Thursday night’s Vegas Golden Knights Dragon Race at T-Mobile Arena. This is a competition (and please, no wagering) between three fans who dress in dragons costumes and run a lap around the ice.
The Dragon Races are usually innocuous fun, child’s play really. But because Steve-O was involved, they became needlessly dangerous. The comic actor/stand-up comic couldn’t help but infuse some stunt work, diving to the ice in an attempt to reach the finish line first.
The great @steveo wins the @GoldenKnights Dragon Race, which of course was fixed. Posting about him tomorrow in advance of his show @VirginHotelsLV … #RJNow @reviewjournal pic.twitter.com/ntbJt3JJFM
— John Katsilometes (@johnnykats) October 14, 2022

He did. His prize, we expect, was his golden VKG jersey with “Steve-O ” across the back.
Famous for his self-abusing scenes in the “Jackass” franchise, Steve-O is skating on a different type of ice (we will say it’s “thin”) this weekend. He’s bringing his “Bucket List” stand-up to the Theater at Virgin Hotels at 8 p.m. Sunday.
Steve-O (legal name Stephen Glover) also has a new book out, “A Hard Kick In the (Expletive), What I’ve Learned From a Lifetime of Bad Decisions.”
We caught Steve-O’s stand-up act a decade ago at Vinyl at the then-Hard Rock Hotel, when he co-headlined with Tom Green. The act then was an unvarnished retelling of his then-favorite multimedia moments. The lingering memory is of Steve-O posing for selfies with the entire crowd, one at a time, after the performance and posting the lot of them on his website.
Steve-O is now headlining the big room at Virgin. His ascent as a live performer has been impressive.
“It’s been an exercise in just grinding and growing,” Steve-O says in a phone chat. “In those days, I was doing the best I could. The material that I was doing in Vegas with Tom ended up being in my first comedy special, and it struck me that the stories I was telling had all happened on video camera. My head exploded.”
Not really, but …
“I thought, ‘Oh my god, I can edit the footage into the act in post-production, and put it into the show.”
Steve-O is relating his time on “Jackass,” of course. The very book title, incorporating “bad decisions,” leaves Steve-O open for the question, “What was an especially bad decision?”
“I made the decision to lay down in a bed of rocket engine fuel, and do snow angels, while my buddies lit the rocket engine fuel with me laying in it wearing nothing but a T-shirt and jeans,” Steve-O recalls. “That was a genuinely (expletive) terrible, like, awful idea.”
He also had a fake medical professional administer general anaesthesia into his arm while he was riding a bicycle, to predictable results.
“It was so illegal,” Steve-O says. “It was also totally awesome, because we got a good show out of it. For this show, we’ve just thrown the rule book out the window.”
Steve-O is about at the point of his career where he tells the harrowing stories, rather than create them. He’s been clean and sober since 2008, which has helped keep him comparatively healthy while he tests his physical limits. And Steve-O says he’s not as physically wracked as you might expect.
“I don’t suffer from a lot of chronic, ongoing pain,” says the 48-year-old stunt specialist. “I have a right shoulder problem, which is driving me nuts. It might be a rotator-cuff thing. But I think it’s just a normal, 48-year-old dude, wear-and-tear thing. I have a degenerative disc disease, and I think that’s more my fault for the way I’ve thrown my body around throughout my life.”
He plans no stunts for the live show. “It’s more about the insane level that I’ve set the bar for these stunts. It’s insanely high.”
He’s such a rock star
Frankie Sidoris is hot — hot, I tell you — these days. The Hard Hat Lounge reopening party is set for 8 p.m.-4 a.m. Saturday. What’s great about that party announcement is, it doesn’t list “???” as the closing time. It’s 4 a.m., fools. Get there. Sidoris is partners with Guerilla Pizza maven Robby Cunningham.
The Las Vegas guitar great also wrote the Vegas Golden Knights new opening theme, “GKG,” which stands for “Go Knights Go.” The song is played prior to every VGK home game at T-Mobile Arena, during the video montage of celebrities. Lil Wayne, Steve Aoki, Carrot Top, Steve-O and Piff the Magic Dragon with Showgirl Jade Simone are all in the mix.
A Bronx Tale (cont.)
You might remember, or not, that Bronx Wanderers were originally a South Point act in Las Vegas. The family rock’n’roll act was booked at Grandview Lounge before hop-scotching to Windows at Bally’s. That was a half-dozen years ago.
Since, the Bronx crew has most recently headlined Westgate Cabaret, where the opened in September 2021. They close there on Nov. 14. They are headed back to South Point, this time in the showroom, for an extended engagement beginning in late-February.
Look for a Feb. 28 (tentative) start, with three consecutive midweek shows every months for between eight and 10 months. Alan Glist, who along with his wife, Kathi, has produced the act during its Vegas era, confirmed the move Friday. Glist also says the act will expand its road dates, which have been especially popular post-pandemic.
In Vegas, the Wanderers should pack the 400-seat South Point room, popular among such favorite locals’ acts as Frankie Scinta and Human Nature (which just ended a series last weekend). The family act’s New Year’s Eve booking at South Point was an indication a change in venue was afoot. South Point entertainment director Michael Libonati, who books the room, has offered no comment other than to remind that the New Year’s Eve shows are on the schedule.
Cool Hang Alert
Little Anthony Gourdine’s release party for his two-CD “Anthology” set is 2 p.m.-4 p.m. Sunday at the esteemed artist Neal Portnoy’s gallery at 1537 W. Oakey Blvd. Vegas entertainer Frank Pizarro is hosting on behalf of the Firefighter Memorial Transport charity organization. Live entertainment is planned. Little Anthony is indeed the legend who headed up The Imperials beginning in the 1950s. Call 702.685.2929 for info.

John Katsilometes’ column runs daily in the A section. His “PodKats!” podcast can be found at reviewjournal.com/podcasts. Contact him at jkatsilometes@reviewjournal.com. Follow @johnnykats on Twitter, @JohnnyKats1 on Instagram.
Usher led his girlfriend, Jennifer Goicoechea, to the stage in Wednesday’s show. Her birthday was Thursday.
Las Vegas’ favorite new A-lister used the term again Tuesday, telling “The Talk” he wants to build an entertainment and business empire in our city.
P Moss created Double Down Saloon, kitty-corner from the original Hard Rock Cafe and Hard Rock Hotel, in 1992.
Onstage and in her new book Iliza Shlesinger takes on scams, nostalgia, health care more culturally significant subjects.
Sarah Brightman plays The Venetian Theatre, after her music has been heard for decades at the Bellagio Fountains.
“Back in the Building,” the new show from“Legends In Concert,” will run from Nov. 4 to Dec. 30.
Rita Rudner’s Oct. 28 date is a genuine homecoming, as she once lived at the regal Turnberry Place.
Kelly Hansen has been Foreigner’s singer for 20 years, longer than any vocallist.
Though cleaved from more than 2 1/2 hours to about 80 minutes, “Bat Out of Hell — The Musical” maintains a hard-edged story line.
The Sahara is branded for history, while taking on a stylish vibe.
Copyright © 2019 Las Vegas Review-Journal, Inc. | Privacy Policy | Terms of Service
Powered by WordPress.com VIP 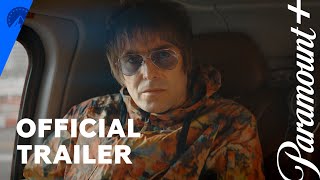