Four comedians introduced me to their favorite taco place while they told me about their life in comedy: Jose V., Orlando Lyba, Erik Rivera, and Yubicela Brito. These comics come out of a different background, but they all share the same love of laughter and tacos.
Laughter at the table makes everything taste better, and a good joke makes the blandest food full of flavor. Everyone that lives in Los Angeles knows “the best” place to eat tacos. Until you find “the best” spot, you should consider yourself a visitor.
Tacos, the great unifier, brings strangers closer together, and they also cause arguments amongst the closest friends and family who defend their favorite taquero. In other parts of the country, comedians choose their late-night meals out of various diners, but in Los Angeles, comedians often choose their favorite taco spot to end the night. These taco spots range from unique and trendy tacos to traditional and straightforward sold on the side of the street.
Great people know great tacos. These comedians brought me to some unique places, but every meal brought new stories, funny antidotes, and a perspective into someone’s life that reaches beyond the stage.
Making good food often comes with the same risk as making good jokes. Some people might love it, others might throw up, but you never know until you open your mouth and give it a try.

Jose V. grew up in Los Angeles, eating all around the city, but Los Taquero Mucho makes his list of best places to eat. Los Taquero Mucho, a Mexican-Guatemalan restaurant stands out on historic Whittier Boulevard. One of the cofounders of Los Taquero Mucho, Alex Ramirez, sat with us to explain the exact specifics of the unique tacos that his restaurant creates. Jose V., known on Instagram and TikTok for finding great pupusas, hit a goldmine with Los Taquero Mucho.
Ramirez explains his specialty tacos like the vegan-friendly Whiskil Taco, made with chayote, chia seeds, and coconut milk. Jose highly recommended the Mixta Taco, and the Mixta Taco comes prepared using specially made longaniza chorizo, filled with mint and jalapeño, and delicious pork butt. Everything at Los Taquero Mucho feels special, even the hand-pressed tortillas using Kernel of Truth tortillas.
Alex shared his inspirational story of starting his business, using the door-to-door sales skills that he acquired during his 20s helped him create a successful business in five short years. Jose introduces his friends to delicious food all the time. He jokes that bringing his Mexican friends over and his mother offering them Pupusas shocked everyone, but after a few bites, all his friends agreed that Jose’s mom Pupusa tasted terrific.
Find Jose V. on TikTok and Instagram.
Los Taquero Mucho is at 520 W Whittier Blvd Suite G, Montebello, CA 90640.

Orlando Leyba stops at Guisados during the week to end a day of work on set or after helping his community of Lincoln Heights. He provides COVID information to Spanish-speaking residents working with CORE. Orlando admits that when anyone asks who to order lunch from, Guisados stays at the tip of his tongue even on set. For a good reason, too, Guisados popular slow-cooked braised meat soaks in a flavor not found in many taquerías in L.A.
Orlando, raised in Florida and born in Puerto Rico with parents from the Dominican Republic, identifies Guissado’s long-coaxed flavors sitting close to his heart next to his Caribbean roots. Often people come into Los Angeles never feeling like they arrived at home until they find their people and flavors. Through his work at CORE, Orlando finally met his people. The people outside of the comedy and entertainment world that lived here long enough to give directions saying “por toda la Brooklyn” instead of calling it Cesar Chavez Avenue. Orlando works in the community to show his commitment to his people. Even while eating, we discussed the never-ending growth of our food.
Leyba found that Los Angeles reflects Miami in its diverse culture. At shows around the country, he enlightens the audience by describing his type of Brown, “This…this is exotic, I’m Dominican”, which he explains as “putting a Black man and a white woman on an island to wait nine months to make the greatest baseball players.” A married man himself, he made sure to bring his wife back a plate. Orlando tours around the United States and recently made his second appearance on NBC’s Tonight Show with Jimmy Fallon after filming his first HBO Special “Adorable.”
Follow Orlando Leyba on Instagram at @heylando.
Guisados has multiple locations. Find them here.

Erik Rivera is a New York native who found a place that held a special place in his heart at Pablito’s Tacos. Pablito’s owner Daniel Rodriguez serves food reflecting his Peruvian upbringing, but with the delicious flavors of traditional Tijuana tacos. These two combine perfectly to create one of Burbank’s most popular places to eat. Daniel’s venture in the food business started while he produced indie films and comedy specials. Finding out this refreshing coincidence that Daniel worked in stand-up over tacos made this conversation feel like catching up with an old colleague.
Erik just finished directing his first HBO Max special for comedian Jesus Sepulveda just a few years after filming his own HBO Special, “Super White.” Erik dropped out of college to pursue stand-up. His mother felt worried at first, but he promised to go back to college after a year if nothing in stand-up happened. He basically told his mom to give him a year to make it in one of the hardest industries in the entertainment world… and he made it.
Fear always pairs with uncertainty, but only the brave pursue treasures in the dark. Daniel and Erik found success in ventures that many instead did not follow to maintain a level of comfort and safety. Erik discussed fatherhood with Daniel, and they found common ground on the fire that children put into their lives. Erik noticed a few differences in the Los Angeles comedy scene compared to New York’s. Rather than pandering his act to the West Coast, Erik expanded himself to show the audience his personality even more than before. His stand-up touches on his Puerto Rican upbringing with a dash of Guatemalan in the mix, but just like the handmade “Crack sauce” (Pablito’s secret green salsa made with Peruvian aji chiles), it gives the audience a complete experience.

Erik performs all over the country, but he created the “Brownish” night at the Laugh Factory in Hollywood, Long Beach, and San Diego. “Brownish” gives Mexicans, Ecuadorians, Puerto Ricans, and the rest of the cultures a platform to show themselves and their stories.
Find Erik on Instagram at @erikriveracomedy.
Pablito’s Tacos has multiple locations. Find them at Pablito’s Tacos website.

Yubicela Brito – Leo’s Tacos
Yubicela Brito grew up in Mexico, then lived in Riverside, and later planted roots in Arizona before moving to Los Angeles. She found her talents to expand into both stand-up comedy and short films. Last year during the Pandemic, Yubi wrote, shot, and edited her film “El Rancho.” El Rancho later found a home at BTV Network, which streams it to any phone, laptop, or Roku.
Yubi reached her success through her own belief in herself. Coming out of a traditional household, she graduated from Arizona State University with a minor in Film and a major in Marketing. Still, she fell in love with pursuing her minor. Her choice of tacos is traditional, at a truck on four wheels and in a location not used at night, right by Echo Park at Leo’s Taco Truck.
Taco trucks and Los Angeles go hand in hand. They create a neighborhood unity that, when away from family, makes it feel a bit like home to those that grew up in a traditional Mexican household. Yubi’s family owns a ranch in Mexico. Anytime someone that eats fresh off the farm recommends a place to eat, it’s a good idea to follow. Yubi ordered Leo’s iconic al pastor taco that came with pineapple. The pineapple in the middle created the perfect yellow reminder that sometimes the little things make the most significant difference. Other than the delicious flavor of the taco, it came in at a great price too. An affordable taco at a lively location brings out all the city’s life.
Yubi mentioned that the tacos are great, but the eye candy of all the Mexican men makes the place worth coming back repeatedly. She often starts her shows off by telling everyone, “my name is Yubi, as in Yubi trippin,’” a line that catapults the audience into the life of a very talented and creative Mexicana. Leaving her entire family behind to make her dreams come to life in films at first seemed terrifying to her parents. After producing music videos, working on professional sets, and starting her second indie film her hard work, she put her parents’ worries to rest.
Follow Yubi and all her projects on Instagram at @yubitube.
Leo’s Taco Trucks have multiple locations. Follow them on Instagram at @leostacostruck to find the closest truck.

Like this article? We’re member supported and need your help to keep publishing stories like this one. You can contribute any amount you like, or join our membership program and get perks, event access, merch, and more. Click Here to Support L.A. TACO

Like this article? We’re member supported and need your help to keep publishing stories like this one. You can contribute any amount you like, or join our membership program and get perks, event access, merch, and more. Click Here to Support L.A. TACO
Support Our Local Partners
This is a great article. I really enjoyed reading this and I hope to try out these taco places soon.
Comments are closed.
We need your help to continue publishing our award-winning journalism, and expand our essential reporting. Sign up now and support local journalism, plus get free tacos.

Comedian Rony, burnt in balloon explosion, is ‘able to talk’ as his condition improves – bdnews24.com

Stand-up comedian and actor Abu Hena Rony, burnt in a gas balloon explosion at a cultural event, has consumed a liquid diet as his condition ... Read More

Here's a list of 7 actors who went from the nightclub stage to the silver screen, and did it successfully.Being a stand-up comedian is far ... Read More 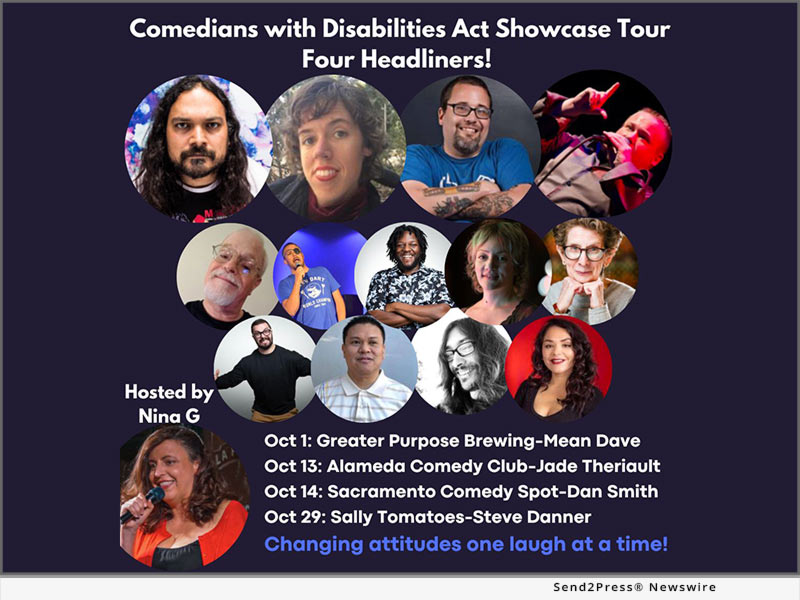