If you have followed the early days of Nepal’s standup comedy scene, chances are you are familiar with the name Yozana Thapa Magar. Her standup set titled ‘If I were a cow’, in which Magar draws parallels between a cow and a Nepali woman, went viral in 2018.
Back then, Nepal’s standup comedy scene was in its very early stages, and comics were still trying to figure out how to take the genre forward in the country. The appreciation and criticisms of Magar’s video played a crucial role in popularising the art form.
Being a standup comedian was never part of Magar’s plans. It came to her accidentally when one of her friends, who had seen her quirky nature, suggested she try it.
“Growing up, I was this funny kid. I have always been this person with little jokes to share with family and friends,” says Magar. “But I never thought I would be a comedian one day.”
Born and raised in Jhapa, Magar studied to become a pharmacist. After graduating with a pharmacy degree in 2017, she came to Kathmandu and started working at a pharmacy in the city, but within a few days on the job, Magar was abused by a colleague, and she decided to quit the industry altogether.
“After that traumatic incident, I promised never to work in the industry. Of course, it was tough realising that the degree I had worked so hard to get would no longer come in handy,” says Magar.
While in Kathmandu, she tried to explore other career options, but after failing to find any, Magar returned to Jhapa.
Back in her hometown, she tutored schoolchildren for a few months before returning to Kathmandu again, determined to find something for herself in the city this time.
“I have always had this habit of writing a journal using humour. When I showed one of my journal entries to a friend who suggested I try my hand at standup comedy,” says Magar. “One thing led to another, and soon I had an offer from Nepgasm to perform a standup set.”
But her first-ever live standup comedy performance didn’t go down well. She admits that she was partly to be blamed.
“I wasn’t well prepared. I just wrote the script the night before the performance,” says a candid Magar. “It felt like people had a better time laughing at me than my jokes.”
To make matters worse, she kept forgetting her script, a habit that still troubles her to this day.
“I’m known for forgetting my lines while performing. Whenever that happens, I just laugh at myself and urge the audience to pretend I haven’t forgotten,” says Magar. “It then becomes a part of the comedy.”
Over the years, Magar has organised many standup comedy shows by collaborating with fellow comedians Ayush Shrestha and Rajina Shrestha. The shows Magar and her friends put together helped them make good money and gave them much-needed exposure.
As a comedian, Magar likes to test her jokes on friends to see how they react. She then finetunes the central idea of her jokes and converts it into a full-fledged comedy set.
“I like to make material drawing from my own life experiences, family, childhood, religion, etc.,” says Magar.
While even though a lot of her standup comedy features social messages, Magar says that she never writes jokes to send a social message.
“Whatever the nature of the material, it has to be funny, and this is the most important criterion. My jokes have to make me laugh, and that, I think, makes the whole process of being a standup comedian a fun experience,” says Magar.
However, at a time when comedians are getting trolled and even jailed for their jokes, doing comedy, says Magar, is becoming a risky affair. But instead of playing it safe with her material, Magar says, she chooses the venue and the audience according to her content.
“I like to perform at venues where young audiences come. I think youngsters are more open-minded and can relate to my jokes,” says Magar. “When it comes to standup comedy, I think people shouldn’t take the jokes seriously.”
But no matter how bad the situation gets, Magar says that she never sees herself not doing comedy.
“At the end of the day, it’s all about making people laugh. I have relied on humour my whole life. Doing comedy has now become a hobby, and I hope to continue this my whole life,” says Magar. “And who knows, one day, I might get a shot at appearing on Saturday Night Live.”
—————————————————————————————————————
Yojana Thapa Magar’s five favourite standup comedians:
John Mulaney
Jerry Seinfeld
Taylor Tomlinson
Betty White
Ali Wong
Das is a Culture & Arts intern at The Kathmandu Post.

Colin Kaepernick's kneeling demonstrations were one of many flashpoints between Donald Trump and those who opposed him. However, half a decade later, both are out ... Read More 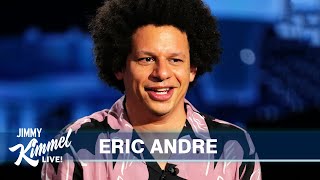 Comedians Eric André and Clayton English said they were racially profiled by police at the Hartsfield-Jackson Atlanta International Airport on separate occasions in 2021 and ... Read More

NEWER POSTWith a jam-packed schedule at 70, comedian Mark Schiff asks ‘Why Not?’ in new book – The Times of Israel
OLDER POST“It’s Just Embarrassing”: Millionaire Stand Up Comedian Once Went On an Unhinged Rant Against Brock Lesnar – EssentiallySports