A rising TikTok comedian from Harwood hopes to follow in the footsteps of Peter Kay after being nominated for a content creator award.
Christiana Brockbank is better known as the bargain hunter character Anne Crowther on TikTok, where she shares money saving tips for those in the area in a satirical way.
The former Canon Slade School pupil is no stranger to comedy and has previously won a BAFTA (British Academy of Film and Television Arts) award as a comedy writer in 2013.
Christiana, 35, said: “I have always been writing comedy and have done for a while now.
“I just started doing it more when I won the Chorts Award in 2017.
“It’s really nice to be recognised and if people think you are funny it gives you a boost to keep doing it.
“It’s encouraging because it means I am on the right path.”
Her sister Evangeline Walters said: “We are really excited for her as a family because she works really hard.
“I have always thought she was funny.
“I really like her videos and think they are quite satirical.”
After having a baby during lockdown, Christiana started doing more comedy writing and putting content on TikTok as her newly created character, to see what the reaction would be.
She added: “I built up a little following with quite a few comments on my videos.
“It’s a fun character to see, and I got nominated quite quickly.
“Comedy is something that I want to be able to do as a career.
“And I really thought having a baby would mean I wouldn’t have the opportunity to really expand my career.
“But TikTok really makes it an option, especially when trying new stuff out.”
Prior to creating Anne, she wrote the sitcoms Binwomen and Fat Pasty.
She said: “Fat Pasty is all about someone taking over a family pastry business, but she has IBS and an intolerance to eating pasties.
“Everyone in Bolton loves a pasty.
“And lot of what I do is based on experience, but in these sitcoms, I have never been a bin woman or ran a bakery.
“So, a lot of it is about the settings I grew up around and the people.
“Another sitcom I wrote called ‘It’s Not a Party’ is all about being the oldest of five girls growing up.”
Christiana puts much of her inspiration down to Bolton comedians Peter Kay and Diane Morgan, as well as Steve Coogan.
She said: “Peter Kay is a huge influence.
“He made me feel like someone from Bolton could do that.
“Caroline Aherne was also a big inspiration.
“I used to watch Mrs Merton when I was growing up (such a great character) and The Royle Family was just brilliant too.
“I loved how funny the characters and situations were, mainly because they were so real and recognisable.”

She has described her content as deadpan comedy, due to a lot of her viewers asking if she is a real person.
Christiana said: “I guess that means I am doing it well.
“Diane Morgan in Philomena is really good at that.”
She aims to continue working on her character and is currently in development with an independent production company.
Christiana will now compete against hundreds of others in the Funny Women Awards.
The awards were established in 2003 and have become a key fixture on the UK’s comedy calendar.
Some of the past award winners include Katherine Ryan, Zoe Lyons, Susan Calman, Kerry Godliman, Sara Pascoe, Bridget Christie, Sarah Millican, Rachel Parris, Desiree Burch, Jayde Adams and many more.
The winner will be announced tonight, Thursday, September 29, at Bloomsbury Theatre and Studio in London.
You can vote for Christiana here (funnywomen.com/vote).
Read More:
If you have a story and something you would like to highlight in the community, please email me at jasmine.jackson@newsquest.co.uk or DM me on Twitter @JournoJasmine.
We want our comments to be a lively and valuable part of our community – a place where readers can debate and engage with the most important local issues. The ability to comment on our stories is a privilege, not a right, however, and that privilege may be withdrawn if it is abused or misused.
Please report any comments that break our rules.
Last Updated:
Are you sure you want to delete this comment?
This website and associated newspapers adhere to the Independent Press Standards Organisation’s Editors’ Code of Practice. If you have a complaint about the editorial content which relates to inaccuracy or intrusion, then please contact the editor here. If you are dissatisfied with the response provided you can contact IPSO here
© 2001-2022. This site is part of Newsquest’s audited local newspaper network. A Gannett Company. Newsquest Media Group Ltd, Loudwater Mill, Station Road, High Wycombe, Buckinghamshire. HP10 9TY. Registered in England & Wales | 01676637 |
Data returned from the Piano ‘meterActive/meterExpired’ callback event.
As a subscriber, you are shown 80% less display advertising when reading our articles.
Those ads you do see are predominantly from local businesses promoting local services.
These adverts enable local businesses to get in front of their target audience – the local community.
It is important that we continue to promote these adverts as our local businesses need as much support as possible during these challenging times.

One of my favorite podcast guests, Dave Neal, joins me today to talk about pretty much every recent story happening in Bachelor Nation. Always great ... Read More 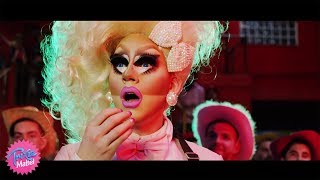