Whitney Cummings on being the 'Newark of comedians,' her new special & more | SiriusXM – SiriusXM Blog

July 25, 2022
Ahead of the release of Whitney Cummings‘s fifth special — Whitney Cummings: Jokes — the acclaimed comedian, actress, podcaster and writer joined fellow comic Tom Papa on his exclusive Netflix Is A Joke Radio (Ch. 93) show, What A Joke with Papa and Fortune.
During Wednesday’s episode, the Whitney and 2 Broke Girls creator talked about her much-anticipated special dropping on Netflix July 26, reflected on how her recent tour made her a stronger stand-up, discussed why delving into “incendiary territory” in comedy can be a good thing, (jokingly) revealed why she feels like she’s the “Newark of comedians” and more. Listen to the full interview on the SXM App anytime. 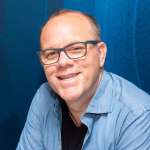 About Tom Papa – A veteran stand-up comedian who has performed sold-out shows across the nation, Tom has led a successful career in radio, television, film and the stage. His first hour special, Tom Papa Live in New York City, premiered on Comedy Central in January of 2012 and is available as a download on Netflix. He’s since gone on to host two more television specials and is a regular performer on The Late Show with Stephen Colbert and Conan. Papa also hosts a weekly show on SiriusXM’s Comedy Greats channel, Come to Papa, which features him exploring the funny side of life, occasionally with guests like Mel Brooks, Ray Romano, Carl Reiner and Jerry Seinfeld. 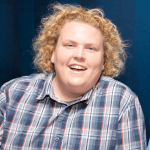 About Fortune Feimster – A stand-up comedian, writer and actor, Fortune first made a name for herself by becoming a fan favorite on Chelsea Lately. She went on to co-star in The Mindy Project for Hulu; Champions for NBC; created and starred in the Tina Fey-produced pilot Family Fortune for ABC (loosely based on her life); and has made many guest appearances on popular shows, such as Drunk History, Dear White People, Office Christmas Party, a recurring role on Life In Pieces and the upcoming voice of Brenda in Bless The Harts for FOX, to name a few. Additionally, Amblin recently acquired 2 features Fortune co-wrote: Bad Cop, Bad Cop and Field Trip, both of which she is attached to star in. Fortune headlines the best comedy clubs across America and has performed stand-up on Conan and Late Night with Seth Meyers, as well as her own half-hour specials on Netflix and Comedy Central.
comedy, Entertainment
comedy
comedy, Entertainment
Click here to start listening at home siriusxm.com/listenathome
Powered by WordPress VIP